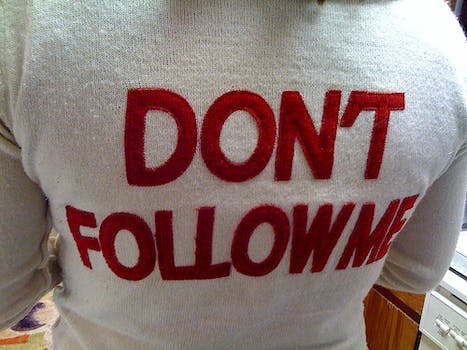 Facebook quietly launched a feature that can allow people to follow each other even if they're not friends or even "friends."

Facebook launched a new feature that will allow users to “subscribe” to a user’s public feed —  even if they are not friends with them.

The new function will allow users to see public updates from any Facebook user who enables the subscribe button. While many on the 750-million social network saw the move as a positive  others said it undermines the very principles the company was founded on and raises yet another privacy concern.

“Yay, now you have to worry about people following you AFTER you’ve denied their friend request!” Shaun Conlin posted as his Facebook status Wednesday.

Facebook has long chipped away at the “balanced following” principles it was founded on, first allowing people to see the public feeds of people they sent a friend request to, even before that request was accepted, and later letting “friends of friends” see your content unless you made changes to the default privacy settings. But in so doing, it has also diminished many of the characteristics that differentiated it from competitors.

Of course, anyone can make their Facebook pages private — if they can figure out how to change their privacy settings. Updates are already searchable. In fact, there are sites dedicated just to searching updates, such as openbook.

The change has been rumored for weeks, and is seen as a concession by Facebook who users want the ability to follow people they do not know, as they can on competitors Twitter and Google+.

And not everyone was upset by the latest change.

“The subscribe button feature is something I will utilize. good move facebook. thank you,” Jake R. Johnson posted in his status update.