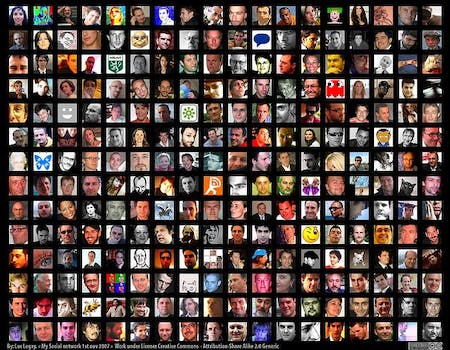 Want to impress your Facebook friends? Look to your “weak ties”

Using data from  253.2 million users, Facebook found some interesting patterns in the way people share information on the social network.

Though most of our Facebook friends are not those we have especially close ties with, they’re the ones flooding our News Feeds with content. That’s the biggest takeaway from a study Facebook’s Data Team has carried out to understand how information spreads on the social network.

The team analyzed how a user’s exposure to a link on the News Feed increases the likelihood of them sharing that link. The data for the research was gathered from 253.2 million users and 75.9 million URLs over a seven-week span in 2010—and appears to have taken over a year to analyze.

While you’re more likely to engage with and share content from the close friends you interact with most often offline, the bulk of the information that appears on Facebook comes from people you interact with less frequently, such as former coworkers, friends in far-off lands, and old high school pals that have landed in prison or otherwise disappeared in real life.

The latter group is more likely to share content that’s new to you, the current events and assorted oddities that might have slipped past your radar.

Reshares of the same memes, links, and political content within a smaller social circle still occur; when you interact often with two friends, those people are likely to interact with each other, too. This creates a tightly knit network of friends with strong ties to each other, who are apparently similar and will tend to visit the same websites: the social hive mind.

It was found that you’re much more likely to share content linked to on Facebook by your strong ties—the people you share and interact with most often. This might be due to your trust in your friends’ opinions and tastes—or your similarities to them.

Still, the data team posits that social networks help increase awareness of new ideas as you learn new information from your so-called “weak ties” and share that with the rest of your social circle. The psychology here seems to be that if your strong ties don’t know about something, you claim all the kudos by sharing it before them.

The effects that the strength of Facebook friendships—as determined by the number of comments and other interactions between two people—have on the frequency of sharing are compelling:

Essentially, Facebook fosters discovery by encouraging you to check out the things being shared by your friends, whether they are your childhood best friends or business contacts you met once at a party and can scarcely remember why you’re Facebook friends with them at all.