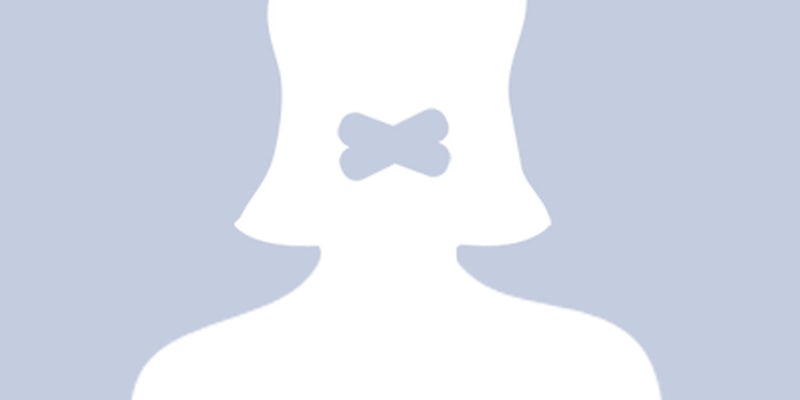 This winter, a 21-year-old named Julia decided to visit the Swedish Facebook page for international clothing company H&M. Little did she know she was about to enrage thousands and eventually end up in the center of a national debate about the treatment of women online.

Julie just wanted to complain about a certain design of hoodies she found offensive, namely one featuring Tupac Shakur, the iconic West Coast rapper who was charged with sexual abuse in 1993.

“Hello HM,” she posted. “Yesterday, I walked into HM and discovered that a shirt you carry, with a convicted rapist printed on it, was marketed as cool. Would you sell a T-shirt with Hagamannen on it equally swiftly?”

Hagamannen is the nickname of Kurt Niklas Lindgren, a well-known Swedish serial rapist, and the reference didn’t go unnoticed. Despite her message being directed to H&M, it received a massive amount of attention, due to Shakur’s unexpectedly large fanbase in Sweden.

Within a few days, over 2,000 people had commented on her post, and most of the comments were boiling with hate and anger. There were people threatening her with rape and murder. One comment even listed Julia’s home address, according to the Wall Street Journal. And Facebook declined to take action. “Nät” translates to “web,” and ”hat” actually means ”hate.” In essence, it’s a term for misogyny and sexism that’s used to describe the sort of treatment Julia received. In the United States, it would apply to the backlash Anita Sarkeesian received (twice) when she tried to discuss misogyny in the gaming culture, or the general sexism found at GitHub, the open source code-sharing site.

Last Thursday, Swedish public service show Uppdrag Granskning looked into näthat. It’s one of our most popular journalistic shows, and there Julia told the country how unnerved the threats made her. On the brink of tears, she explained that her disappointment is mostly directed towards HM, who didn’t care to erase the death and rape threats.

“It’s messed up,” she said. “I think that’s the worst part. I can manage whatever bullshit people writes, but that a company like that wouldn’t give a damn about you… They’re grownups. You feel disappointed.”

The show was quite anticipated. The day before its airing, the crew behind it put out a trailer on YouTube in which a couple of famous female journalists and writers read out loud from hate mails they’d received. It amassed some 220,000 views in two days, a formidable number for any Swedish video.

Thusly, Thursday night at 8pm, Swedes sat down in front of their TVs as the curtain was pulled back to reveal the ugly scrutiny many women routinely face online. And what they saw was memorable: women who couldn’t do their work without receiving hundreds of hate mail, women who couldn’t speak out on Facebook or Twitter unless they were ready to be called sluts and whores. (A copy of the documentary is currently available on YouTube.)

In one of Uppdrag Granskning’s strangest moments, Myrup Kristensen, Facebook’s chief of policy Nordic, stated that rape threats against women on were a case-to-case thing to evaluate, despite Facebook’s explicit barring of content that is “hate speech, threatening, or pornographic; incites violence; or contains nudity or graphic or gratuitous violence.”

When pressed by the Swedish channel 1 reporter about rape threats, Kristensen replied:

“It’s an awful thing to write, it’s not good behavior, but we look into whether such threats have been said in the heat of the moment or if it’s something the person really means. In that case it gets consequences.”

Viewers were horrified, and the Twitter hashtag #nätkärlek—which translates to “Web love”—rose to the top of the trending list afterward, almost as an act of resistance.

There has been some progress in recent weeks for the treatment of women of Sweden online. The Twitter hashtag #aldrigensam, translated to #neveralone, was coined by Kawa Zolfagary and has been mentioned more than 1,000 times in the last 45 days, according to statistics from Topsy.

And H&M finally removed the offending post last week, and on Uppdrag Granskning, Miriam Tappert, global social media manager at HM, issued a personal apology on behalf of the company.

But there’s still a considerable ways to go. Vita kränkta män (translated approximately to White Insulted Men), Zolfagary’s satirical Facebok page, which boasts 66,000 fans and has been turned into a book, closed down. In its final status update, the page informed users that admins simply couldn’t manage to keep the comment section clean anymore. The post also asked fans to “show that the Internet is more than a tool of intolerant groups to spread their propaganda, to show that we can use the same methods to create a society where everyone has equal opportunity to influence, change, live, feel good. …

“Take care of each other instead. Because we need it.”

Lisa Magnusson, a writer who was among the women reading hate mails in the trailer, echoed that sentiment.

”Our police need to realize that the Internet is for real, start training in how technology works, and start investigating reports of threats, slander, and harassment, even if it happens to be committed online,” she said.

As the incident with Julia illustrated, the people of Sweden certainly can’t wait for Facebook to take action on their behalf.