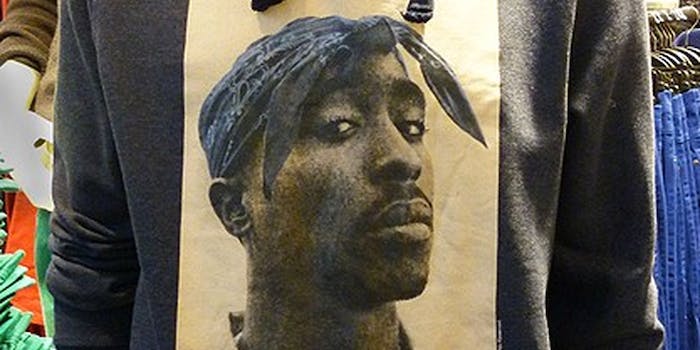 Discount clothier H&M is apologizing after it didn't remove a Facebook posting that spiraled out of control with nasty and disparaging comments.

Discount clothier H&M has apologized for its delay in removing a Facebook posting that spiraled out of control with nasty and disparaging comments.

Julia, a 21-year-old customer, posted on the Swedish company’s page criticizing H&M for selling a sweatshirt with a print of late rapper Tupac Shakur, who was convicted in 1995 of sexually abusing a woman. He died in 1996, but Shakur’s fans are still loyal, and many of them verbally attacked the customer on Facebook.

The posting (written in Swedish) was awash in threatening and vitriolic comments. People who went as far as threatening to rape Julie, according to the Wall Street Journal. The post collected more than 2,800 comments, including one comment that listed Julia’s home address.

H&M only chimed in once during the avalanche of comments, telling everyone to obey house rules of using civilized language or else the post would be deleted.

But the company didn’t budge. An investigative program on a Swedish news channel called people who made the harassing comments. They said they felt the need to defend Shakur.

“Tupac’s dead so he can’t defend himself, so when she disses him, I have to diss him back for his sake,” a man said before apologizing to Julia. Another man said, “It was just an expression, I didn’t mean it literally, but she’s a retard.”

The posting remained on H&M’s page for a month before it was pulled. The company has since posted an apology on its Swedish Facebook page. However, some commenters now say they’ll boycott the retailer.