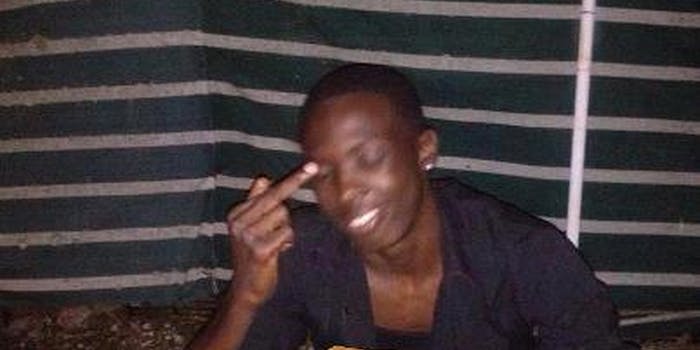 Promising cages for girls to dance in and a large sound system, Yohans ‘‘Yoyo’’ Shol’s Facebook posts brought hundreds of teens to a vacant lot in Brisbane, Australia suburb Logan, where things quickly got out of hand.

Promising cages for girls to dance in and a large sound system, Yohans “Yoyo” Shol’s Facebook posts brought hundreds of teens to a vacant lot in Brisbane, Australia suburb Logan.

What started as a promising party, however, quickly turned ugly.

Police shut down the event as attendees fought in the street, smashed bottles, and yelled abuse at residents Saturday, the Brisbane Times reported. Though Shol did not commit a criminal offence, he may be fined for breaking up to three city bylaws.

Residents called cops after the party, titled ‘‘Yoyo’s Round 3’’ and with a $20 cover charge, went from viral to violent at approximately 7.40pm local time. Police arrested seven teens for public nuisance offences.

“For round 3, a stage is just too original!,” Shol wrote as he hyped up the party Thursday. “So instead we’ve built a cage around the Dj with 15 subs and 7 speakers plus 2 6000 wats smoke machines in it :3 Looks ssiiicckk. Only girls can dance in the cage…”

It appears that while word of the party spread on Facebook, it wasn’t an open event. Rather, Shol told those anxious to attend to keep an eye on their Facebook messages to find out where the party was taking place.

Shol claimed to be “officially not doing it anymore.”