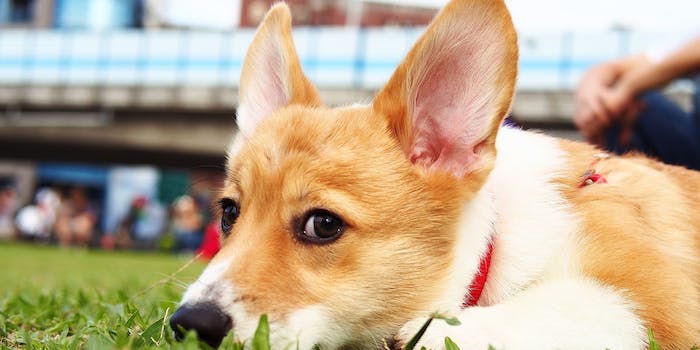 Facebook users have come together in defense of a corgi named Molly.

Facebook users have come together in defense of a corgi named Molly, who was gunned down by a man named David Latham in Washington state over the weekend. The Bellingham man, 55, apparently annoyed by the loud barking of a dog in the neighborhood, suddenly snapped. He exited his home with a rifle and marched across the street to the backyard fence of his neighbors, Cary Chunyk and Loyce Andrews. Without a word, Latham fired a single shot at point-blank range into the chest of Molly the corgi, who had run to the fence at the sight of a stranger.

Chunyk ran after Latham, screaming, “You just shot my dog!,” but retreated once the rifle was brandished at him, according to the Bellingham Herald.

After Latham shot Molly, however, the barking resumed for another two hours until police arrived. When officers questioned him, he confessed, exclaiming that he had shot the wrong dog. (“As if there’s a right dog,” Andrews said.) While Latham is currently being held on a $20,000 bond facing felony animal cruelty charges and misdemeanors including reckless endangerment, aiming or discharging a firearm in Bellingham city limits and illegal carrying of a weapon, many believe it’s still not enough.

That’s where Jodi Sands, founder of the Justice for Molly the Corgi Facebook page, came in. Though she doesn’t know the couple personally, she was deeply affected by the story as a lover of animals and owner of the breed. “The fact that this man walked up to this dog, pointed a rifle at her chest, and pulled the trigger is beyond sickening,” she told the Daily Dot.

Through the page, Sands is helping to raise awareness about the incident and is encouraging all those who visit to reach out to the prosecuting attorney’s office to ask for the maximum penalty possible, though she knows the chances are slim.

Advertisement Hide
Post by Justice for Molly the Corgi.

Sands’s quest for justice isn’t just about Molly, it’s about protecting all living things with a heartbeat. “I am a retired police officer and I can say that cruelty against animals can, and has, escalated to violent crimes against people,” she told the Daily Dot. With the next court apperance set for Sept. 23, Sands is hoping to get as many letters mailed as possible before then.

Despite all its shortcomings, when the need arises, the Internet can become a remarkable tool used to administer justice to those who have wronged the innocent and defenseless. Previously, 4chan users have banned together to unmask those who have carried out other acts of animal cruelty, such as setting an endangered tortoise on fire or violently kicking a kitten.

H/T The Bellingham Herald | Photo via lukema/Flickr (CC BY 2.0)