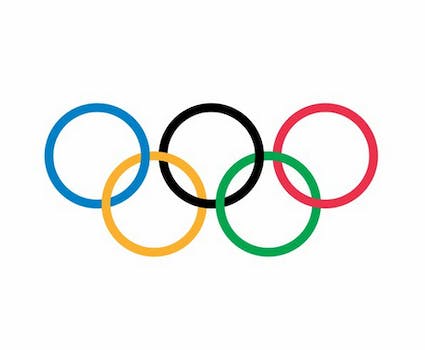 If you’re not sick of the phrase “social media stadium,” you will be soon, thanks to a collaboration between Facebook and the International Olympic Committee.

Announced Monday, their new “social media stadium” is just a fancy, sleek-looking Facebook page that doesn’t really do much. It centralizes athletes’ Facebook pages, teams, and sports, and has very little interactivity on it; just a lot of clicking to get to those pages.

The new page is to act as a directory and point people to official Olympics-related pages. It will help fans connect to the games, no matter how far away they are from London.

“It’s that discovery through friends that makes things interesting and makes you want to click on media,” said Joanna Shields, Facebook’s vice president for the site’s operations in Europe. “We want to bring discovery to the Olympics.”

This Facebook page comes on the heels of a similar type of interactive website that launched in April that turns fans’ anticipation of the Olympics into a game.

The page’s success is off to a slow start. Only 250 of the 10,000 athletes participating have signed-up to create a Facebook fan page, but the IOC expects that figure to increase as the games draw nearer.

As part of the IOC’s stringent rules on advertising—the same rules that apply to the physical stadiums on the grounds—the Facebook page will contain no ads. Facebook will also not show any ads on athlete, team and sports pages.

The IOC will soon roll out similar “social media stadiums” on Google+, Twitter, Tumblr, and Instagram, presumably before the Games start July 27.