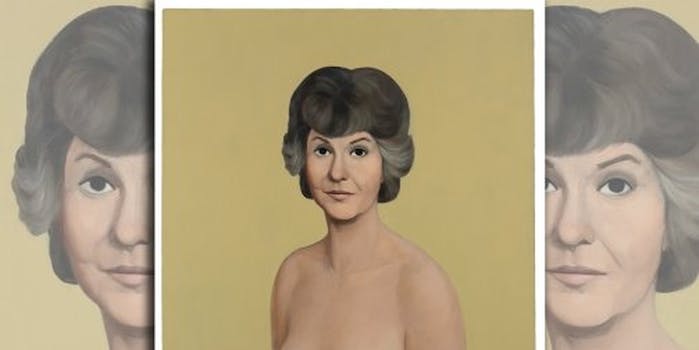 Facebook suspended users who posted naked images to protest against the company's censorship of nude art.

Facebook has shuttered a protest that called out the social network’s stringent censorship policies towards nudity, proving at last just how chillingly prudish the company really is.

Organized by a French photographer, “Day of Nude on Facebook,” was supposed to point out the “the ridiculous censorship that flouts the basic rules of our freedom of expression” according to its (now deleted) Facebook page.

On Monday, members were invited to post a single nude photograph to Facebook. This could be anything: Half-naked selfies, movie stills. Most members opted to post works of art, however. Artistic nudes are supposedly A-OK, but over the past few years Facebook has pretty consistently misfired, removing real, bona fide works of art and then backtracking following media attention.

Earlier this year, Facebook temporarily shut down a French museum’s page after it had the audacity to upload one such image. And just this month, the Daily Beast saw a popular post disappear because Facebook found the drooping breasts in Josh Currin’s 1991 painting of actress Bea Arthur offensive. The company later apologized, claiming it was all a mistake.

It was not nearly as apologetic Monday. Shortly after the nude protests began, Facebook went on a deletion rampage, even temporarily shuttering the accounts of some protesters. A company rep told the AFP: “Facebook authorizes users to mobilize around common causes, included cultural ones, but it can’t authorize the cause itself to encourage users to disrespect their conditions of use.”

If you protest censorship on the world’s largest social network, Facebook will disappear you.  What an absurd overreaction. They’re just boobs, Mr. Zuckerberg.

H/T The Huffington Post | Photo via The Daily Beast