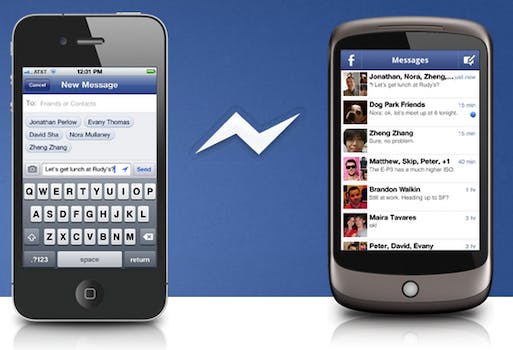 The social network has confirmed that it has added a new feature to its Facebook Messenger application that allows users to place voice calls over IP. It’s not the long-rumored Facebook phone, but it’s the next best thing.

The feature is currently only available to iPhone users, though it might be expanded to Android phones if it’s successful on the Apple mobile platform, according to The Verge, which first broke the story. The service is also restricted to users in the United States and Canada, where the feature was first rolled out in the first week of 2013.

To place a call for free—it’s only free if you’re using Wi-Fi, otherwise normal data usage charges apply—you simply open the app, select a person on your contact list, tap the “i” button found in the top-right corner, and then select the “Free Call” option.

Adding VoIP calls to the app is hardly a game changer. Americans are spending less time speaking on the phone. This reporter, for example, has more than enough rollover minutes to last the remainder of the year.

Still, the feature would prove to be helpful in a situation where there’s shoddy cellular service, but Wi-Fi, like an office in midtown Manhattan.

The move is fairly consistent with Facebook’s plan to focus more on mobile, a strategy CEO Mark Zuckerberg emphasized to shareholders during an October earnings report conference call.