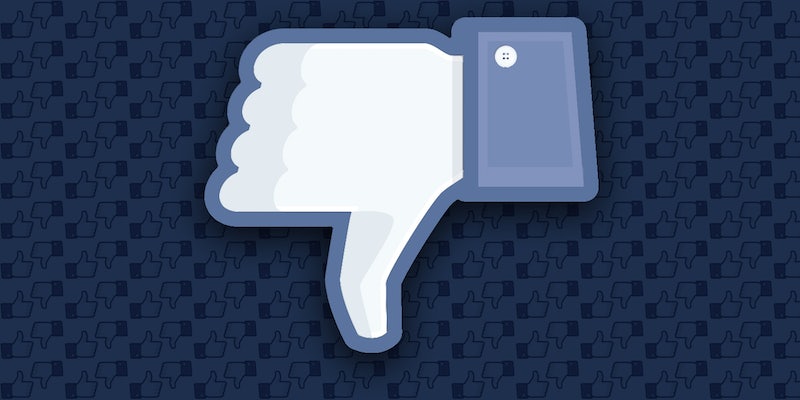 Multiple studies have found that Facebook doesn’t make people happy—often times, it does just the opposite.

How did you find this article? Was it because someone posted it on Facebook? If so, what made you click on it? Or more to the point, why were you on Facebook to begin with?

This all probably sounds a little accusatory—so let’s back up. Social media is a huge part of many peoples’ lives. This is true for young people especially but also increasingly so for all age groups, as it becomes ever rarer to meet someone who isn’t on Facebook.

But multiple studies have found that Facebook doesn’t make people happy—often times, it does just the opposite. Yet we all continue to log on, day in and day out.

Eric Jaffe at Fast Company recently looked at the evidence and suggested, “Using Facebook can make us jealous of others (we get it, your vacation and/or baby is incredible), can make us feel lonelier (especially when it’s not used to increase face-to-face contact), and can make us downright unhappy.”

Jaffe goes on to cite research that claims: “What’s happening, the researchers believe, is a classic failure of ‘affective forecasting’—the ability to predict a future emotional state.” Basically, people are continuing to log onto Facebook in the hope that this time, it’s finally going to feel worthwhile.

This train of thought presents a pretty harsh view of our intelligence. It seems hard to believe that we could forget past experiences so quickly; however, this is fairly typical human behavior.

Jared Keller of the Pacific Standard has stated that “Internet addiction” shouldn’t be thought of of in the same way addiction is typically characterized, because while it does provide “unpredictable payoffs,” it is “not addictive in the way pharmacological substances are.”

That is to say that spending too much time on Facebook will never harm your body in the way that prolonged drug abuse will, but that people will continue to return to Facebook like a gambler returning to the tables. We may not be able to predict our “future emotional state,” but we can’t risk not knowing what Facebook has in store for us today.

There’s a cycle of hopelessness that grows from this kind of habitual Facebook use. Much like any bad habit, we feel powerless to resist it even as we’re desperate to break ourselves of it, and this only makes us give in quicker.

Television’s Dr. Oz talked about seeinging this in his patients for a piece in Time magazine, observing, “The urgency paradoxically pushed them to cling more closely to the thing they knew, even if it was bad and unhealthy. I see this in some of my patients, who are so demoralized by their failure to lose weight or quit smoking that as soon as they leave my office, they seek comfort in a sundae or a cigarette.”

There’s also the frightening possibility of the jealousy and loneliness found in Jaffe’s evidence manifesting into something even uglier.

After spending long periods of time looking at pictures of certain people’s seemingly wonderful lives, wishing that we could be that happy, it becomes easier to turn a corner, and look at other people’s lives that appear to be worse than ours, and to be happy that at least someone isn’t better off than us.

The word for this is “schadenfreude,” a German term roughly translated as the practice of taking pleasure in other people’s pain. Schadenfreude is as normal a feeling as any, but the perverse satisfaction that you get from it isn’t exactly a healthy long-term solution to one’s problems.

Fortunately, there are reasons not to give up on Facebook, too. After assessing all the negatives, Jaffe concludes:

Simply put, not all Facebook interactions are created equal. Sometimes users waste half an hour, scrolling mindlessly through pages, and feel bad about it. Other times they actively engage with old far-flung friends, making plans to meet up or exchanging notes, and feel great. In that light, the trick to an enjoyable Facebook experience is not necessarily to avoid Facebook: it’s to make each use as meaningful as possible.

What Jaffe’s findings ultimately come down to is the difference between passive and active Facebook engagement. Like in any facet of life, people tend to feel better when they don’t find that their time is being wasted. The more people share, discuss, and communicate in general, the more they are taking an active role in their Facebook experience, and are likely to feel like they’re accomplishing something.

But the more people scroll monotonously, gazing into windows of people’s lives who they sometimes barely know, the more they are likely to be depressed by their passivity, and wind up regretting their decision to go on Facebook in the first place.

Facebook is a complicated part of modern life. It can be a pretty depressing place, but like all great tools the Internet has to offer, we have to be the ones to figure out how to use it to make our lives better.