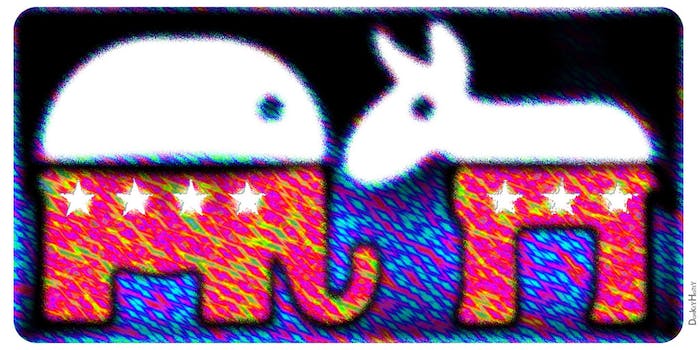 Did you write something clever in your Facebook profile under political affiliation? Chances are it's gone.

It’s hard to escape the two-party political system in America. Thanks to a recent Facebook glitch, for a little while it was even tougher to have complex political views on the social network.

Some users who had written their own answers in the “Political Views” page—anything that didn’t correspond with a major Facebook page, such as “Liberal” or “Republican”—found their viewpoints deleted.

A Facebook representative confirmed the glitch to the Daily Dot on Wednesday, but she declined to comment on when the glitch started or how many users were affected. Reports of Facebook nixing users’ creative views—“Tao of Marc,” for example—showed up as early as Tuesday.

It’s bad timing for the company, which recently changed users’ default email addresses to Facebook.com ones without their acknowledgment or permission.

Fortunately for the Pirate Party, which is struggling for recognition in America and stresses Internet privacy as one its core goals, it already has a Facebook page. That means its supporters probably weren’t affected.