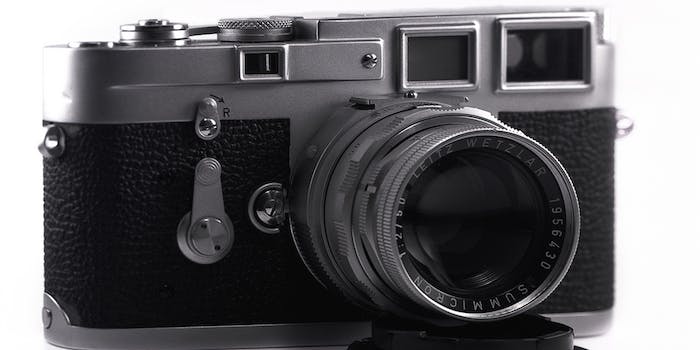 Facebook's new facial recognition technology signals a new era of fighting one of the Web's most pernicious crimes.

Facebook’s latest and creepiest method of gathering your data might have some unintended benefits. Earlier this month, the company published a paper in the Computer Vision Foundation journal that unveiled its PIPER technology, an image-recognition software that can identify people without seeing their face.

Thus far, most of the technology attempting to identify people in photos and videos has focused on facial recognition software utilizing a database of photos collected from social media. PIPER, however, uses other external cues—such as hair, skin tones, or clothing, and even the body language or the context of photos—to identify the same person in different photos. When analyzing over 40,000 photos from Flickr, PIPER recognized individuals 83 percent of the time, regardless of their position in the photo or the angle from the lens.

In many ways, PIPER could be the Holy Grail of photo management in social media. Imagine letting Facebook tag your friends in a photo album for you, as opposed to going through and doing it yourself. The Facebook app Moments, for example, could automatically sort your photos into albums based on where they were taken and who they were taken with, removing much of the work inherent in sharing images on Facebook.

More important than finding yourself in the photos you do want online, however, is identifying when you’re in photos you’d rather nobody see.

PIPER uses other external cues—such as hair, skin tones, or clothing, and even the body language or the context of photos—to identify the same person in different photos.

The most important implication of PIPER is that the technology could allow Facebook to notify you when any image of you is uploaded to the site, giving you complete control over what images are released into the ether.

The months it took Facebook to respond to this woman’s complaint is likely due to the fact it fields reports of abuse by hand, hiring thousands of laborers to scour Facebook’s massive catalog for any content that violates its policies. To Facebook’s credit, this is how most sites keep disturbing content off their servers, but PIPER stands to help that mission along in a major way.

Because this new technology can identify people by body type, skin tone, and facial recognition, this helps Facebook manage disturbing content and find serial offenders, as well as empowering victims. The technology, however, must be perfected—an 83 percent success rate is not great if one’s livelihood is in question. But if refined to a near complete success rate, PIPER could put Facebook streets ahead of where other sites are on this issue.

If Facebook were to hone PIPER’s skills by unleashing it on that massive trove of images, it could automate this process for its users. The biggest concern with PIPER is not its limitations, however, but its capabilities. Identity recognition technology is eerie enough without the ability to identify people without using their faces, and Facebook already has a rocky history when it comes to respecting its users’ privacy.

The entire tech industry as a whole is struggling to embrace the standards privacy advocates would like for facial recognition technology, a debate that caused recent talks between industry and privacy representatives to fall apart in a tense standoff. Should, for example, a software like PIPER be allowed to identify people in a public photo against the subject’s will? Privacy experts say no, but the industry says yes.

So PIPER might have to come with improved standards for technology of its kind, but it stands to be the first major innovation to come out of Silicon Valley that actually protects the privacy they so regularly violate.

Photo via parkerpyne_investigates/Flickr (CC BY ND 2.0)