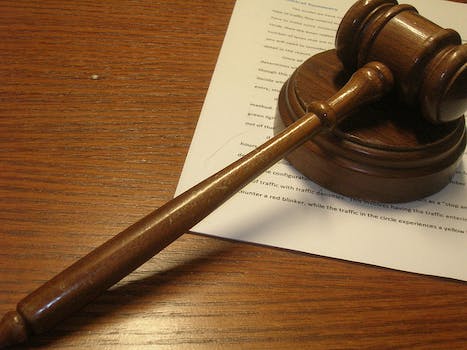 Facebook refuses to hand over data in Oregon murder case

A Portland public defender is trying to drag Facebook into the middle of a murder case and the social network is resisting at all costs.

A Portland public defender is trying to drag Facebook into the middle of a murder case and the social network is resisting at all costs.

Thaddeus Betz is the public defender for Parrish Bennette Jr., a 17-year-old accused of shooting and killing a 14-year-old girl and then dumping her body in a nearby park. Betz believes that a Facebook conversation between two of Bennette’s friends would be beneficial to his client since it contradicted claims made by police.

Betz subpoenaed Facebook for the records, but the company ignored the request even after Judge Richard Baldwin, a court official involved in the case, ordered them to do so.

Unsatisfied with Facebook’s lack of response, Betz asked Judge Youlee You, a new judge assigned to Bennette’s case, to hold Facebook in contempt of court. According to The Oregonian, who first wrote about the story, state law permits judges to fine a company up to 1 percent of their annual profits.

For their part, Facebook attorneys claimed that Betz did not follow protocol in terms of filing a subpoena. They also cited the Stored Communications Act of 1986, a federal law that aims to extend Fourth Amendment protections—protections against unreasonable searches and seizures—to the digital realm.

The Store Communications Act does make an exception for subpoenas made by law enforcement agencies. Legal defense teams can gain access to this data via the discovery process only if the prosecution demands it or if the user in question consents to hand over their information.

“It’s so one-sided,” defense attorney Jim Leuenberger told The Oregonian. Leuenberger had previously encountered the same problem Betz currently ha when he defended a high school student accused of rape. “They cooperate 110 percent anytime someone in the government asks for information.”

Social media companies have routinely cited the legislation to deny handing over data when the request isn’t made by the prosecution. In September 2012, Facebook refused to hand over the status updates of a man while he served as a juror. Defense attorneys were eventually granted access to that information when the judge in the case ordered the juror to grant the former access.

Conversely, Twitter was forced to hand over the tweets made by an Occupy Wall Street protester that was charged with disorderly conduct and willfully ignoring police orders.

For the time being, Judge You has decided not to hold Facebook in contempt of court, instead giving Betz more time to properly file a new subpoena demanding the information.

At the crux of this scenario is whether the constitutional rights of individuals—the right to properly defend oneself—overrules the protections extended by the Stored Communications Act.

“The question (judges) are going to have to confront is that statutes grant rights, but the Bill of Rights is the most powerful statute in the country,” said Ramon Pagan, a Portland defense attorney who has studied the issue.