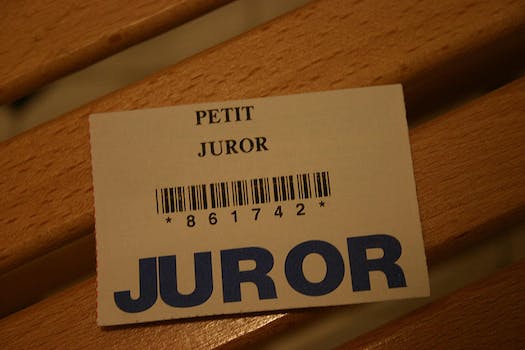 Judge forces juror to turn over Facebook updates made during trial

A juror allegedly made several updates about the case while the trial was still ongoing.

The fate of five convicted gang members could be decided by another man’s Facebook activity.

An unidentified juror—known in court documents as “Juror No. 1”—consented to hand over a series of Facebook updates he made while serving during a 2010 criminal trial after meeting with Sacramento Superior Court Judge Michael P. Kenny on Monday.

Juror No. 1 was the foreman for People v. Christian et al., a trial that convicted five gang members for beating up a young man at a Halloween party in 2008. Throughout the proceedings, Juror No. 1  updated his Facebook profile several times, expressing boredom and even friending another juror, known as Juror No. 5.

On Aug. 10, 2010, several weeks after the jury found the defendants guilty, Juror No. 5 filed a declaration with the defense saying that Juror No. 1 had posted comments about the evidence on his Facebook feed.

The trial court responded by conducting a hearing to find out whether any misconduct had occurred. In the hearing, Juror No. 1 admitted to his social network activity but claimed that he had done nothing wrong. Kenny disagreed, but because he did not have access to what Juror No. 1 wrote, he was unable to determine the extent of the misconduct.

In hopes of getting their clients a new trial, the defense subpoenaed Facebook for Juror No. 1’s updates.

Turned down by Facebook on account of the 1986 Stored Communications Act, the defense attorneys subpoenaed Juror No. 1. The juror also filed a motion to quash the request. On Feb. 4, 2011, Judge Kenny granted the motion.

Attorneys for the juror tried to get Kenny’s order overturned by asking the Court of Appeal of the State of California, Third Appellate District, and the California Supreme Court to hear the case, but the higher courts declined. They also asked the United States District Court for the Eastern District of California to step in, claiming that Judge Kenny’s order violated the Fourth and Fifth Amendments. The federal court chose to let the case be decided at the state level, thus exhausting all of Juror No. 1’s options.

According to the Sacramento Bee, Juror No. 1 finally caved on Monday and agreed to provide the Facebook updates in question. Kenny has scheduled a hearing on Oct. 1 to review the information. Meanwhile, the convicted gang members will be sentenced on Nov. 2.

Jurors’ social media usage interfering with the judicial process is nothing new. In 2011, a murder trial was suspended and rescheduled after a member of the jury confessed to tweeting about the case.

In Aug. 2012, the Judicial Conference Committee on Court Administration and Case Management issued new guidelines that strongly discourage jurors from using the Internet and social media while deciding on a case.