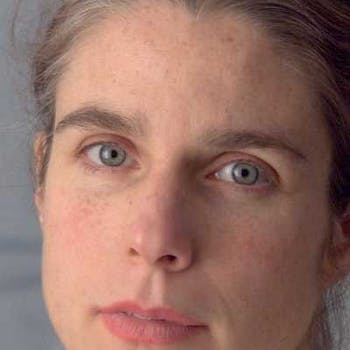 Dr. Rebecca Gomperts changed her profile picture to a list of instructions for how to have an abortion without medical assistance, a move Facebook now says was "not in violation of our Statement of Rights and Responsibilities."

Facebook has apologized to a reproductive rights activist after the social network blocked her account for making her profile picture a list of instructions for how to have an abortion without medical assistance.

“The photo that was removed from your profile is not in violation of our Statement of Rights and Responsibilities, and appears to have been removed in error,” reads an apology Facebook emailed to Dr. Rebecca Gomperts.

“This team looks at hundreds of thousands of reports every week, and as you might expect, occasionally, we make a mistake and remove a piece of content we shouldn’t have.”

Gomperts, who, according to her Facebook profile, works for Women on Web, listed brief but explicit instructions for how to have an early-term abortion with easy-to-access drugs.

“Go to the pharmacy, buy 12 tablets of Misoprostol,” it says. “Say it is for your grandmother with arthritis.” It warns of side effects: “Within 4 hours you can get cramps, nausea, chills, diarrhoea, bleeding.”

According to its website, Women on Web is an international organization “dedicated to providing easy abortions to women who live in areas where it’s unsafe to get them.”

Facebook initially removed Gomperts’ photo and sent her an email saying it “violates Facebook’s Statement of Rights and Responsibilities.” Gompert posted a screengrab of that email on her wall, prompting her friends to commit in the comments section to adopting the instructions as their own profile picture.

Women on Web doesn’t have a huge presence on Facebook, with only 1,209 followers. Gomperts’ screengrab, however, was shared 58 times.

In fact, in her posting of Facebook’s apology, Gomperts credited her reinstatement in part to “to all the protest repost[s]” of the image. 74 people so far have liked the post.

Photo of Gomperts from Women on Web