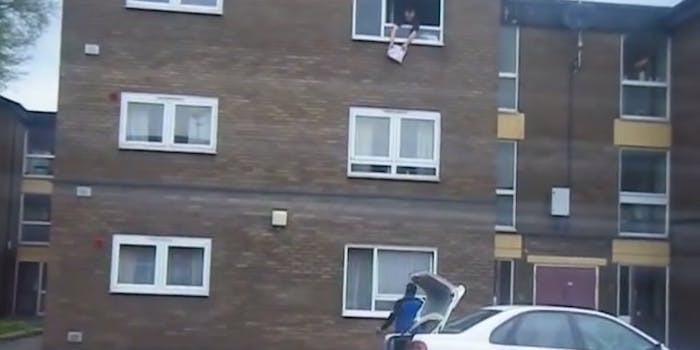 Did this delivery guy go to the Walter White School of Pizza-Throwing?

A third-floor customer gets exactly what they want in a fraction of the time.

Somewhere in the UK, there lives a pizza delivery driver so talented, so creative, and so razor sharp with his delivery that he’s found a way to convert the age old day job into a circus act skill that defies gravity and somehow leaves the mozzarella unscathed.

We’re bound to see myriad pies strewn across the streets of our cities after catching wind of this one. Or maybe pizza delivery will become an Olympic sport. Either way, Brit voyeur Thomas Scott Oldbury came upon a wild scene outside his apartment last Saturday. You could say he changed the game.