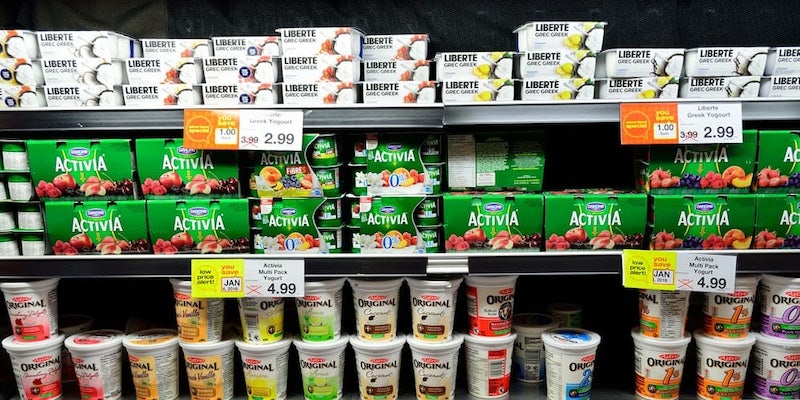 'The Iranian Yogurt is not the issue here...'

It’s a tale as old as time. Boy meets girl; boy and girl move in together; boy … starts obsessively collecting yogurt and amasses a horrifyingly colossal collection of expired yogurt in a small studio apartment?

Sadly, this was the reality for Reddit user duck_fairy who posed the question in r/AmItheAsshole (obvious spoiler alert, she is definitely not the asshole) to see if she was in the wrong for throwing away said massive collection of expired yogurt, in a post titled: “AITA for Throwing Away my Boyfriend’s Potentially Illegal Yogurt Collection?”

This poor, poor 29-year-old woman writes that her 30-year-old boyfriend grew up in a rural environment with lots of space for his “collections,” which started out reasonably enough with action figures and video games like most kids. As he grew older, however, he began collecting more and more unusual items such as electrical insulators and Tide Pods (“he’s saved one of every kind of Tide Pod”), which brings us to where we are today.

Duck_fairy writes that her boyfriend hated dairy products until about a year ago when he took a particular liking to yogurt. He then began collecting different “types, flavors, and textures” of yogurt, and before long had amassed somewhere in the neighborhood of 2,100 cups of yogurt.

And, well, I’ll let her explain what happened next in her own words:

He filled our fridge, bought a new fridge, and then another tiny bedside fridge (he said he didn’t want to walk to the fridge at night, but it was obviously a ruse to get more yogurt space). These fridges all filled up with his yogurts, and if you keep them for long, they smell bad. Sometimes the packaging breaks. So our apartment was smelling like rotten milk for the last two weeks—and my boyfriend’s attitude was “oh it’s fine” and “just deal with it for a little longer” until I pulled the plug and threw it all out this morning. I was looking at my groceries, which I had to put beside the fridge because there was no space, and everything smelled like death, and then I kinda snapped and threw it all away.

Our intrepid hero goes on to say that her boyfriend is now “understandably upset,” but again—is it understandable? Homeboy was collecting rotten yogurt. There’s only one way this ends. Had there been any minors involved, child protective services would have absolutely been called in.

At any rate, the couple may have now reached an impasse over this yogurt situation, as she goes on to explain:

We’ve been arguing about whether I crossed a line by throwing away his stuff. And he’s especially upset because he (of course) had rare yogurts that were hard to find—in particular, he had some Cuban and Iranian yogurts that you can’t get in the US. But I know that we have trade sanctions against Iran and Cuba, so I don’t know if it was even legal for him to have them? I asked where he got his Iranian yogurt, but he kept insisting “the Iranian Yogurt is not the issue here” and that the real issue was me throwing out his precious yogurts without his permission.

Suffice to say, people on Reddit were fascinated by the tale, particularly by the line “the Iranian Yogurt is not the issue here,” as you can see from some of the comments below.

The thread also went viral after being picked up by the Captain Awkward Twitter account—who describes herself as the Marie Kondo of breakups—and you can probably guess the advice she gave.

OP, you know what you gotta do. It is now the time to break up with Yogurt Man.