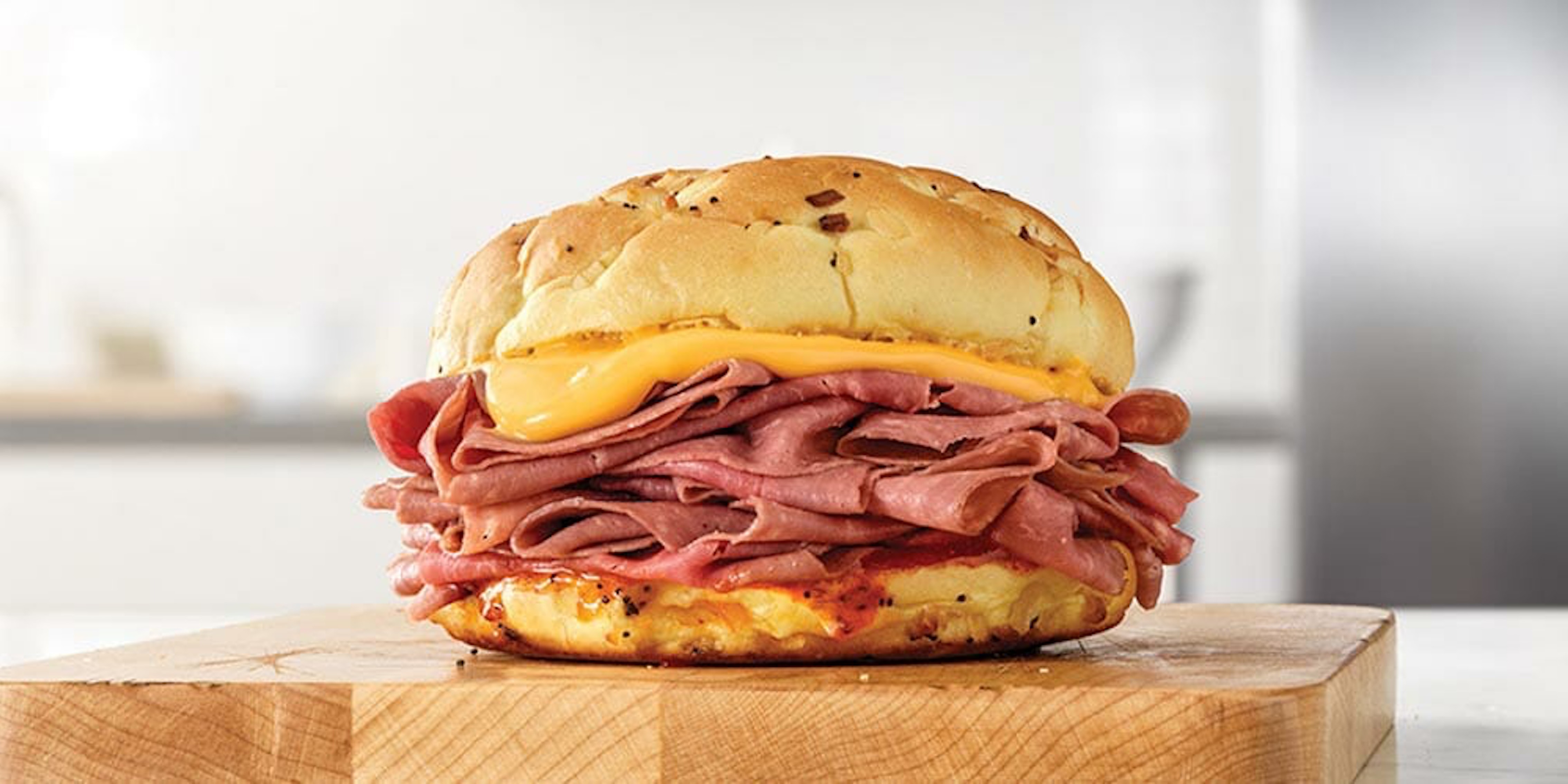 Arby’s, home of “the meats,” must undoubtedly get some odd customer requests now and then. Like, how many kinds of animal can you fit on a single bun? Then again, given the hedonistic gluttony on which the fast food chain has built its reputation, maybe that’s not so strange after all. Certainly, not as odd as what’s become a jokey meme on Twitter, in which users tweet hypothetical conversations between themselves an unknown party that responds, “Sir, this is an Arby’s.”

The first known instance of the joke setup, according to Know Your Meme, occurred all the way back in 2011 from Twitter user Ethan Hunter. “Me: I’d like to file for emancipation. Clerk: You’re 30,” tweeted Hunter. “Me: I’m trying to make a point. Clerk: This is an Arby’s. Me: I don’t see the problem.”

In the years that followed Hunter’s tweet, variations of the joke began gradually popping up here and there, as you can see in the handful of examples below.

The format is pretty much spot-on for Weird Twitter, as the absurd, inherent humor comes from imagining an evidently disturbed person having what they appear to think is a perfectly normal conversation with a poor, unwitting Arby’s employee.

Although initially slow to catch on, by 2017, “Sir, this is an Arby’s” had become enough of a regular meme that people even made meta riffs on it—as in this tweet by @DickScurvy from two years ago.

The “Sir, this is an Arby’s” meme took on a whole new life, however, after Supreme Court Justice nominee Brett Kavanaugh screamed, shouted, and generally behaved like a petulant man-baby during his testimony before the Senate Judiciary Committee. Kavanaugh later apologized for his candor, which only provided fuel for Washington Post journalist Alexandra Petri.

“Yes, I was emotional last Thursday. I hope everyone can understand I was there as a son, husband and dad,” Petri tweeted before succinctly adding, “Sir this is an Arby’s.”

After Petri’s tweet went viral, people began using “Sir, this is an Arby’s” as a way to respond to overshares, overreactions, unpopular opinions, and other random weird flexes on Twitter.

Rarely will you see a clip of a president talking that has more of a “Sir, this is an Arby’s” vibe to it https://t.co/sFDTXbOsJH

If I may be so bold as to quote myself, "Ellis seems to have fully embraced his new status as the living embodiment of the ‘Sir, this is an Arby’s’ meme." https://t.co/O95wFpvSGd

sir this is an Arby's pic.twitter.com/PaTsQyjdzc

In March, Jose Canseco bizarrely accused Alex Rodriguez of cheating on Jennifer Lopez with his ex-wife when the couple announced their engagement—to which Twitter user @VIZKAINO had the perfect (and really, only) response:

The delightful Lin-Manuel Miranda, on the other hand, used the meme to roast his own adorable motivational tweets:

Recently, actress Olivia Munn went off on a lengthy (and not particularly thoughtful) diatribe against the Fug Girls, and, well, you can probably guess what happened next.

Ma'am, this is an Arby's, and you're punching down.

I'm all about empowerment and calling out toxic behavior, but you're using your platform to effectively mean girl them for what you basically describe as the same behavior. https://t.co/FWbFYh7nHF

In other words, if anyone ever informs you that this is an Arby’s and you’re not in an Arby’s, you may just want to take a deep breath and reevaluate your life.