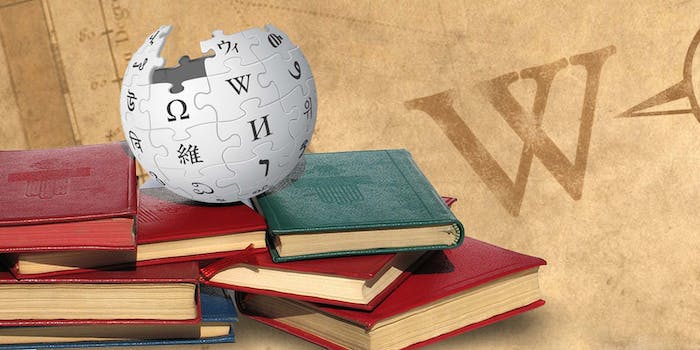 Expert witness who charges $350 an hour allegedly copied from Wikipedia

An expert witness like Georgetown University Law Professor James Feinerman doesn’t come cheap. At the upcoming trial of a California businessman accused of economic espionage, for example, Feinerman will reportedly charge $350 an hour for his testimony.

Only problem: It appears some of this expensive expertise can be gathered free from Wikipedia.

A federal judge in San Francisco has ordered a hearing to decide whether Feinerman should be barred from testifying at the forthcoming trial after it was discovered that he copied a substantial portion of his testimony from the free, crowd-sourced encyclopedia.

Feinerman, who is dean of transnational programs at the Georgetown University Law Center, was set to testify in January in the case of California businessman Walter Liew, reports Bloomberg News. Liew stands accused of conspiring with the Chinese Pangang Group to steal trade secrets from DuPont. Feinerman, who’s been a Georgetown faculty member for 25 years, was being brought in by government prosecutors as an expert on Asian law.

But defense attorneys are arguing that Feinerman copied entries from Wikipedia on 13 pages of his 19-page testimony. That, the defense argues, should make him unqualified to participate in the trial.

U.S. District Judge Jeffrey White will hold a hearing to discover exactly how much of Feinerman’s testimony comes from Wikipedia. As prosecutors point out, a great deal of the professor’s testimony also comes from more reputable sources—as well as Feinerman’s decade’s of personal research.

Feinerman was expected to testify that “an extraordinary number of Chinese in business and government engage in (economic espionage),” according to Bloomberg. But as Judge White noted in his ruling, an overreliance on crowd-sourced informational resources like Wikipedia could hurt his reputation with the jury.

“The court is extremely troubled by the fact that Professor Feinerman appears to have copied much of his report from Wikipedia,” he said. “That fact may seriously undermine his credibility as a witness in the eyes of the jury.”

Feinerman is hardly the first academic to be accused of borrowing from Wikipedia. Earlier this year, esteemed primate researcher Jane Goodall was accused of taking passages in her latest book from multiple sources, including Wikipedia. And in October, Sen. Rand Paul (R-Ky.), an ophthalmologist by trade, was accused of lifting part of a speech from the Wikipedia entry for the movie Gattaca.