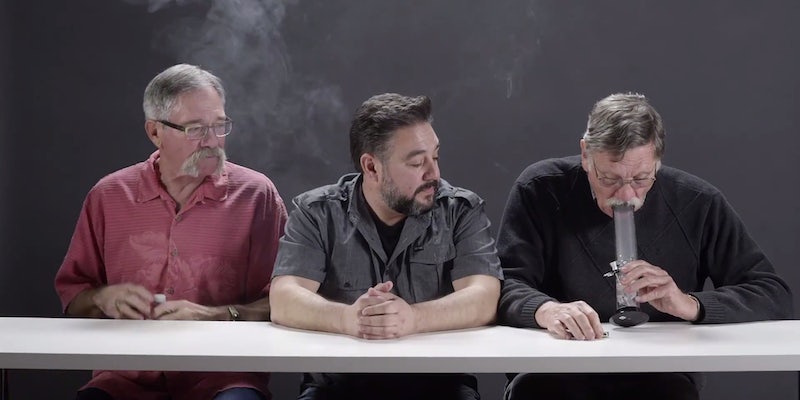 Hey, man, these former cops are smoking weed on camera

It's not their first time, but it's still pretty amusing.

Even former cops are spending the biggest stoner holiday of the year blazed out of their minds.

The people who brought you those adorable grandmas smoking weed for the first time asked some ex-cops to take a few puffs in honor of 4/20. Rene, David, and Robert have all lit up before this, but it’s clearly been a while.

Shot in Washington, where recreational use of pot is legal, the video shows the ex-cops expressing their views on legalization between puffs.

“As far as I can remember I never arrested anyone for [smoking weed], but I took a lot of pot away from people and threw it away in front of them,” Rene said. “And I think that was a bigger deterrent than writing a criminal citation.”

After retiring from the force, the cops now believe that pot should be legal. Amen to that, gentlemen.