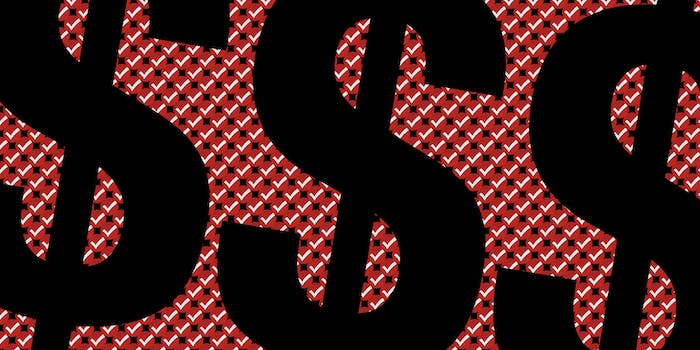 For same-sex couples, this was not the "year of the you."

This year, I was excited to file a joint return for state and federal taxes for the first time. It might not seem as romantic as a lot of other firsts for newlyweds, but I was eager to reap some of the rewards that folks who have been allowed to get hitched for a while now have been enjoying.

So I happily signed on to Turbo Tax back in February (I’m a nerd like that), filled with a feeling of gratitude for all those who have worked to achieve this step toward equal treatment. I thought of Edith Windsor in particular and silently thanked the brave plaintiff whose fight resulted in DOMA being struck down in June.

I had barely assembled my W-2s and 1099-HC forms, though, when a question stopped me in my tracks.

Turbo Tax asked if I was married and gave me the following options to describe my status as of December 31, 2013: “single,” “married,” “in a same-sex marriage,” “divorced,” “legally separated,” “widowed” or in a different type of legally recognized relationship.

“Married” vs. “In a same-sex marriage” — can someone please explain to me why a married, same-sex couple can’t just be “married?” Why do some marriages need to be qualified and explained?

I posted a screencap of the question on my Facebook page and told friends: “This is why we refused to use Turbo Tax (and why everyone else might want to do the same).”

Of course, friends rushed to point out that not everyone is as lucky as we are to live in a state with marriage equality. True, but isn’t the whole point of using a tax preparation program to customize the process based on the taxpayers’ information? I can assure you that we had already indicated what state we live in, so why would Turbo Tax not know that not only has DOMA been struck down federally, but marriage equality has been a reality here for a decade?

The company told us in their lovely ads this year that this was “The Year of the You.” They explained, “That’s what taxes are: a recap. The story of your year. That’s why we make the tools we make. That’s why we do everything we do. Because we think you should be the one to tell that story.”

But I’m married. Period. And if businesses want my money, they really have to stop qualifying, parenthesizing or otherwise putting an asterisk next to words like that just because lesbians and gay men get to use them now, too. They cannot expect to keep getting people to pay for the experience of being put down and made less than.

I would say that I hate to complain about something that might seem to others to be a minor, inconsequential linguistic slight, but actually, to be honest, I love talking about language and trying to get people to be more aware of heterosexist language and heteronormative practices, linguistic and otherwise, that are around us everywhere all the time. I would be happy, however, to have fewer and fewer examples to cite.

In the end, we filed with another company, and we used the free e-filing option for Massachusetts state taxes. And we ended up with a refund, too, that I’m pretty sure we would not have received filing separately.

This article was originally featured on the Huffington Post and reposted with permission. Holly R. Cashman is an Associate Professor of Spanish linguistics at the University of New Hampshire in the Department of Languages, Literatures, and Cultures. She can be reached through Twitter at @hrcash or at hollyrcashman.blogspot.com.