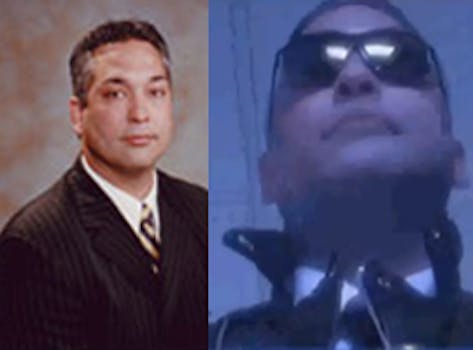 A principal in Everett, Mass., has been suspended for 2 days after making a parody video that depicted him as the Terminator. Some students and parents think the school board overreacted.

One principal’s attempt to get students’ attention by showing them a parody vid of Terminator 2 has landed him a two-day suspension without pay after a community and media uproar.

Scores of parents and students turned up to a school board meeting to support Erick Naumann, a principal at Everett High School in Everett, Mass., who came under heavy criticism for his decision to begin his tenure at the school by making a video parodying himself as “The Naumannator.” The video featured footage of Naumann walking through empty school halls dressed as the Terminator, pursuing a scared teacher, and burning school property. In the wake of the Sandy Hook Elementary shootings, some parents felt the parody showed poor judgment.

The original video has been removed from YouTube, but not before it garnered over 10,000 views as news of the controversy spread. YouTube member Patrick Walsh has created a parody of the parody, which shows excerpts from the original as well as the media response to the controversy:

Naumann began serving as the high school’s Acting Principal in September 2012. He officially assumed the role of Principal from his predecessor at the beginning of this month. Prior to that, he was a principal for six years at Parlin Junior High School in Everett, where he boosted the school’s performance rating to the highest in the district. A petition asking the board to retain him as principal had over 500 signatures before the board meeting; after the meeting, it jumped to over 650.

At the meeting, after a closed board session, Foresteire opened the floor to public comment on whether Naumann should be suspended or even fired. Local Fox News reporter Heather Hegedus tweeted and reported that over a dozen parents spoke in support of Principal Naumann. as well as students and staff including the school’s vice-principal.

In October, school Superintendent Frederick Foresteire stated that he felt Naumann would “continue in the fine tradition” of the high school’s previous principals. But after Naumann played the video for his students during morning announcements, Foresteire spoke more harshly: “He made the wrong decision. It sends the wrong message. That is not what we do here.”

“I have Never seen this happen during a #SchoolMeeting!” tweeted one indignant parent. “If a #Student in#EverettHigh made this #Video they’d be #Expelled!”

Many schools are still on high alert after the Newtown tragedy. But despite the black comedy of a video in which the principal reportedly says that all the missing students in his school have been ”Naumannated,” the community seems squarely behind him.

“This man is a difference-maker, a life-changer, and he needs us right now,” reads the online petition with its growing number of signatories. “[P]lease stand up, support Erick, and let the world know what kind of person he really is.”