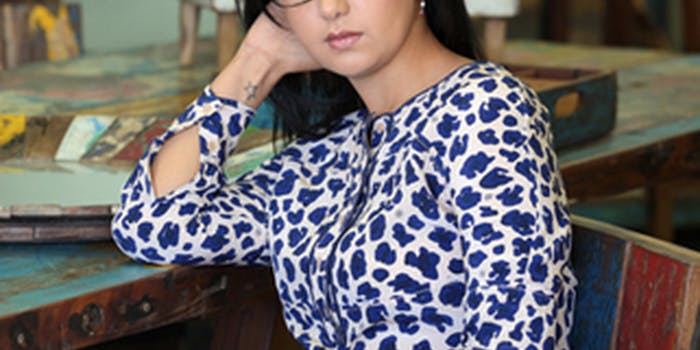 Etsy has often been accused of turning a blind eye to resellers—vendors who distribute factory goods on its “handmade marketplace.”

But now that the company has featured an alleged reseller on its official blog, community members are crying foul.

Ecologica Malibu is the shop in question. In the blog post, Etsy staff members interviewed Mariana Schecter, a woman who said that she and “four carpenters” are responsible for crafting all the eco-friendly furniture in her shop. However, other Etsy sellers collected evidence in the comments and forums to the contrary.

“Maybe it’s just a coincidence,” wrote Regretsy’s April Winchell (a.k.a. Helen Killer). “Maybe Bali Ha’i Imports and Ecologica are just in the same building. Selling the same furniture. And Bali’Hai only comes in late at night so Mariana doesn’t find out that they’re stealing her designs.

Though Etsy calls itself “the world’s handmade marketplace,” it has long had a problem with resellers who would use it to hawk factory products. Critics like Regretsy say Etsy ignores resellers because the company makes money every time a transaction occurs, and large factories are able to make more transactions than individual crafters.

In February, Etsy announced it would be expanding its Marketplace Integrity and Trust and Safety team (MITS) by six members in order to better address the reseller problem. While Etsy did not disclose how many members were on the team in the first place, some sellers still don’t think MITS is having enough of an effect.

“Why pretend to hide it anymore huh,” wrote Kristen Turner in a forum thread about the controversy. “[Y]ou don’t do anything about the resellers… and now you FEATURE one.”

Etsy administrator Juliet Gorman closed comments on the Ecologica Malibu blog post with a promise to investigate the seller further. She asked angry sellers to direct their fury at Etsy instead of the accused reseller.

“It is our policy not to publicly discuss individual Etsy members,” she wrote. “But I want to note that if we missed critical information in our review process, that will be our fault, not the person behind this shop.”

Gorman will not have to worry about Etsians making sure the network takes the blame. Instead, Etsy’s concern should be trying to win its users’ loyalty back.

“I hope Etsy will be doing some real research and will post an apology to all us legitimate sellers,” user Maggie wrote. “We need the Etsy admins to be serious on this one.”