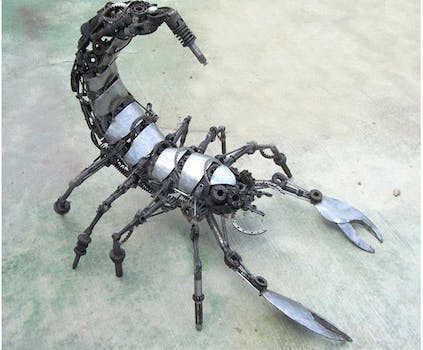 Etsy finally cracks down on resellers

In its strongest move yet, Etsy has hired six new team members to help identify and remove accounts that use Etsy storefronts for factory goods.

Etsy is “the world’s handmade marketplace,” where sellers are both the crafters and curators behind shop items. At least in theory.

It’s no secret that resellers use Etsy shops as storefronts for factory goods, which are not remotely handmade. Critics like Regretsy say Etsy lets these shops slide since it makes money every time a transaction occurs, and factories make more transactions than crafters.

When Etsy’s new CEO, Chad Dickerson, first took office this July, he didn’t mention the issue, leading some to wonder if resellers would ever be addressed.

“ I greatly anticipate these positive changes you hint at and sincerely hope that, if you do nothing else at all, you ADDRESS the RESELLER ISSUE,” wrote meerkate in one of hundreds of unanswered pleas to Dickerson.

Now, Etsy is finally cracking down on resellers. Kruti Patel Goyal, the leader of Etsy’s marketplace integrity and trust and safety teams (MITS), updated the Etsy blog and forums to share the news.

Goyal said MITS has hired six new team members in the past six months and that the team is utilizing digital tools developed by Etsy engineers to more quickly review accounts. (Given the enormous implications of the move, the Daily Dot was surprised that neither Dickerson nor Chief Operating Officer Adam Freed made the announcement.)

As a result, the team is now identifying two-and-a-half times more reseller accounts and reviewing seven times more accounts each week. While Goyal did not reveal the size of the MITS team before the addition or the number of accounts reviewed previously, she wrote that “almost 1,300 members from around the world” flag shops and report listings that violate Etsy rules weekly—a testament to how badly the community needed a crack down.

About a hundred sellers responded to Goyal’s update, mostly with positive feedback.

“This is wonderful news and I applaud your efforts!” wrote Lisa. “I would never have guessed that over a thousand shop reports are received a week! That certainly is a big job, but persistence will pay off. Thanks so much!”