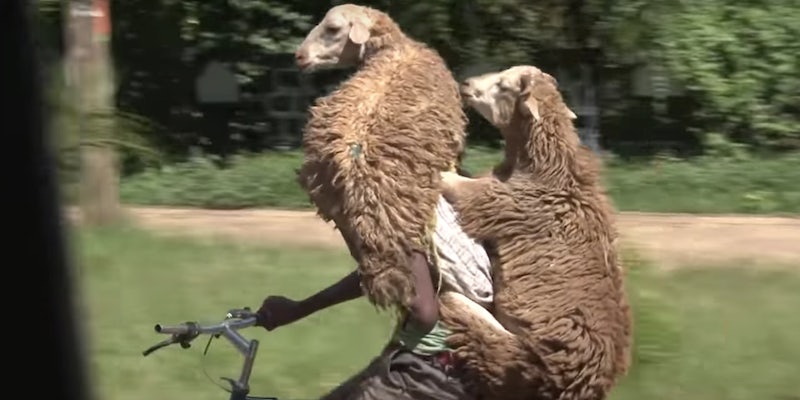 Now this is talent.

Originally filmed in 2014 but now finally making the rounds online, the man was seen pulling off this amazing feat of balance in Bahir Dar, Ethiopia. It’s unclear why he needs to transport these two hoofed friends, but they seem to really trust him. Look how they’re just chilling and taking in the scene while the cyclist pedals away.

They are probably tied to the guy just for extra safety, but just think of it as a sheep-belt.

Most people can hardly even ride a bike with one hand, let alone with two fluffy sheep on their backs.