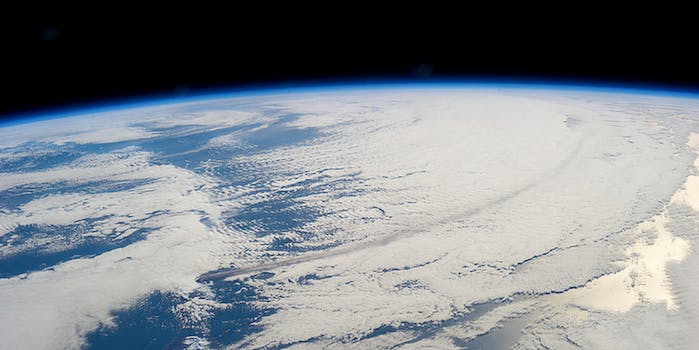 Earlier this week, Mic tracked down and interviewed the guy who made the classic “End of Ze World” cartoon 12 years ago. You know the one.

If you don’t, let me jog your memory:

“Hokay, this is the earth.”

“One day, we decide those Chinese sons of bitches are going down.”

If you were a young person on a computer between the years of 2000 and 2003, some of that syntax is probably burned into your brain forever. It’s interesting how this little two-minute Flash clip is one of the most ubiquitous artifacts in Internet history, yet it’s practically authorless. Everyone knows that George Harrison wrote “Here Comes the Sun,” but in the wild west of early-’00s viral videos, it’s rare to remember that “End of Ze World” came from an actual human person named Jason Windsor.

Anyway, the interview is pretty interesting in the way that everything about that pre-social media era is interesting. Windsor was one of the first guys to get famous off a stupid flash cartoon, which is a pretty unique experience!

“So it was on that site and, I feel like, eBaum’s World. This was pre-YouTube, so places like that were starting to curate Flash videos and stuff. It doesn’t even really have my name on it or anything. I sent it internally—I didn’t actually post it anywhere,” Windsor told Mic. “I sent it to some of the same friends—this was back in the days of, like, pirating and Napster—and one of my friends had all of his channels overseas for getting pirated music and stuff. He sent this to some of his people, his hacker people overseas, and somebody somewhere eventually posted it. It made its way online somehow, but I’m not exactly sure how.”

My favorite bit is probably when Windsor talks about getting hired by Nike to do some advertisements in the same crude style of “End of Ze World.”

“It was a little later, in 2004, that I got one of my first freelance gigs with [advertising firm] Wieden+Kennedy working on some Nike spots. And that was basically because of the animation. The creative director who was working on those Nike spots called me and was basically wanted to do the same type of thing. And this was when, like, a lot of marketers and ad agencies were like, “Oh, viral videos! We need to figure out what to do with viral videos! That’s the thing!” said Windsor.

The anecdote is telling—and reminds how almost nobody important was paying attention to the Internet in the early 2000s. Well, they were, but not to the part of the Internet that mattered. Serious men and women with serious investment capital dumped all their time and energy into developing places like Google and AOL while the rest of us frolicked in the secret underbelly, spending entire afternoons buffering Flash movies and games, twitching our eyebrows with the “Numa Numa guy,” and howling at the moon. Corporate executives were racing to keep up.

Things have changed. These days, Drake makes a music video for the sole purpose of getting “meme’d,” Kim Kardashian’s ass is spread out on a magazine nobody reads, emblazoned with “BREAK THE INTERNET” like some sort of strange, post-modern modus operandi. If the Internet had been the cultural focal point it is today in 2003, maybe the Numa Numa guy would’ve been interviewed by Oprah. There’s a purity to “End of Ze World” that I think we’ve lost, which is maybe why we’re so interested in excavating that era. I don’t know, maybe we just miss Albino Blacksheep.