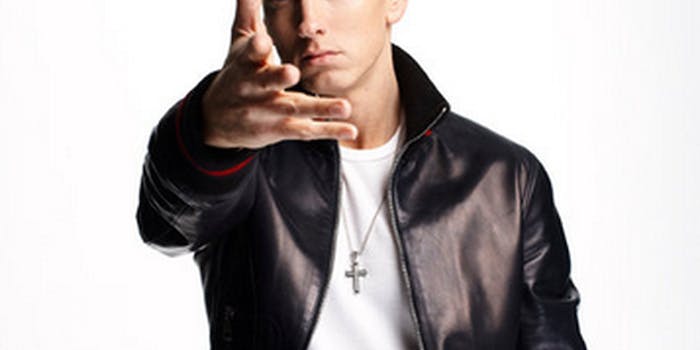 Will the real king of Facebook please stand up?

Eminem may be losing fans to younger rappers like Mac Miller, but he still rules on Facebook.

The Detroit-born rapper became the first person to surpass 60 million Facebook likes on Saturday, making him the most-liked human being on the social networking website. Eminem is gaining roughly 27,000 new likes a day and has garnered 180,000 new likes in the past week, according to PageData.

Interestingly enough, Eminem’s Facebook page is not frequently updated compared to Rihanna, Shakira or Lady Gaga’s pages. The rapper has used his account to mostly just promote Slaughterhouse, a hip hop group under the guidance of his label. And on July 4th, Eminem posted a discount code for his webs tore if you’re into that.

We’d make a joke about the real Slim Shady standing up, but we found him alive and well on Facebook.