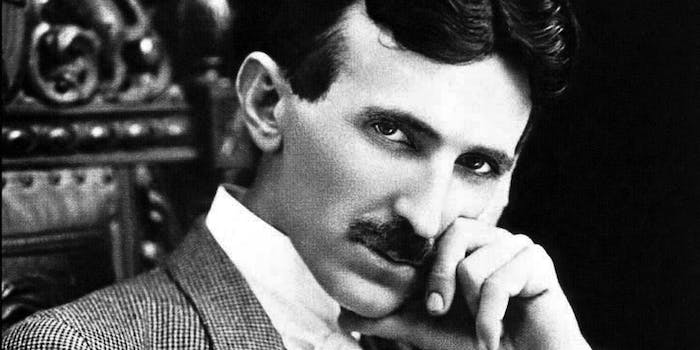 Musk also promised to build a Tesla supercharger in the museum parking lot.

The idea for a Nikola Tesla museum first reared its head back in 2012, when Oatmeal cartoonist Matthew Inman found out that Tesla’s laboratory was in danger of being razed to make room for commercial real estate.

Since then he’s raised over $1.3 million on Indiegogo and bought the property where Tesla’s lab was located. Earlier this year had the bright idea to tweet Elon Musk asking for help in building the eventual museum. After all, Elon Musk’s name is synonymous with “eccentric billionaire,” and part of that wealth is a direct result of the electric car manufacturer Tesla Motors. Who better to ask for help in bringing the original Tesla’s work to the masses?

@Oatmeal I would be happy to help

Well, it turns out that Twitter promise wasn’t in vain. Inman has just posted on his blog to say that he’d spoken with Musk, who had offered to donate $1 million to the project. Musk also promised to build a Tesla supercharger in the museum parking lot.

The museum project is still several million dollars away from having enough money to open to the public, but an endorsement from Musk is a pretty big deal. And on Nikola Tesla’s birthday, no less!