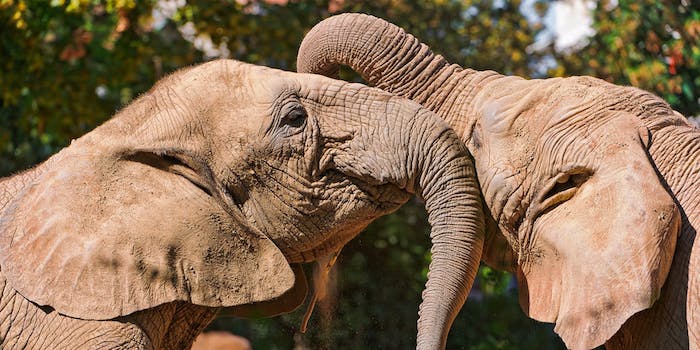 These elephants have more sophisticated taste in music than you

Bring on the classics!

Eleanor Bartsch was warming up for a violin performance with the Wisconsin Chamber Orchestra when she decided to go outside and play. In most circumstances, she might run into random strangers, but since she was at the Circus World Museum in Baraboo, she already had a built-in audience of two: Kelly and Viola, two elephants in their 40s who’ve spent most of their lives together.

It’s unclear if Kelly and Viola would enjoy any piece of music put in front of them or it’s something about Bach that makes them want to sway, but either way they seem to be enjoying the free concert.

Bring on the classics!

Photo via Tambako The Jaguar/Flickr