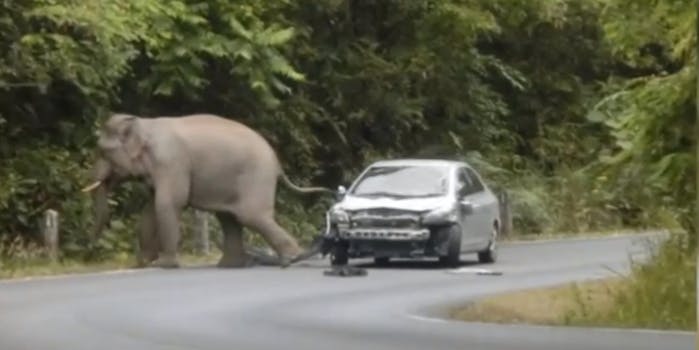 Someone is definitely having a bad day.

You do not want to get on this elephant’s bad side.

We’re usually aww-ing and ooh-ing over adorable elephant antics, but this pachyderm is far from cute. The animal was caught on camera trashing an automobile in one of Thailand’s national parks. He doesn’t just kick the bumper once but keeps going back to thoroughly destroy the front of the offending car.

Whatever offended that elephant, we think he made his point.