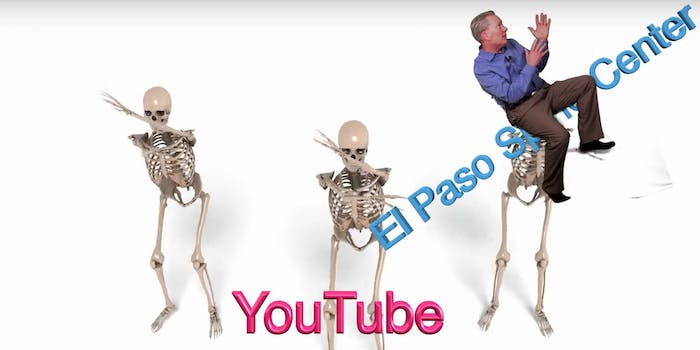 This spine surgeon is the weirdest doctor on Instagram

Dr. Dean Smith is more Instagram famous than you. The El Paso Spine Center surgeon has amassed quite the following on everyone’s favorite photo-sharing site—around 47,400 people, to be exact.

He litters his account with unflattering photos of his staff, along with behind-the-scenes shots and posts that have literally nothing to do with the spine whatsoever. It’s captivating as fuck.

Minimally Invasive Spine Surgery of Neck and Back.

Please never tell Dr. Smith that the sky doesn’t have a backbone and isn’t in need of orthopedic spine surgery. Not that it matters.

The 56-year-old medical professional wants to share his entire life with you, whether in the form of these two ill-fated videos made at a CrossFit complex and uploaded over two years ago to YouTube or this sweet hike he took with his sons recently. Shoutout to the PowerPoint effects that have probably earned Dr. Smith mad respect at surgery conferences.

Number 3 Video under YouTube Surgical and Hospital !!!! We're number 3, We're number 3 !!!!!! …. Ok.. Not quite the same sound as were number one. #backpain #neckpain #elpaso #elpasospinecenter