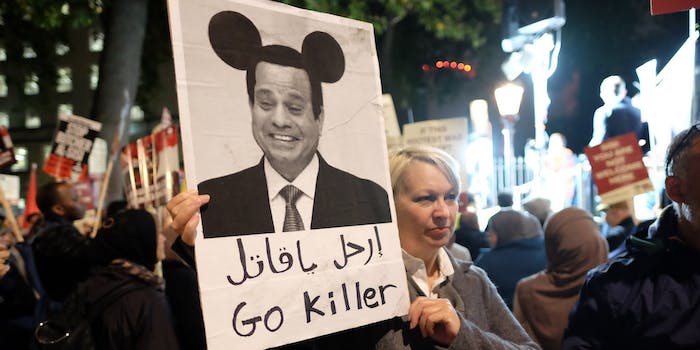 Egyptian citizens put their president up for sale on eBay

'We are doing it for him, for us and for the humanity.'

Don’t you hate missing out on Presidents Day sales? And just think—you could have bought this actual, slightly used president. 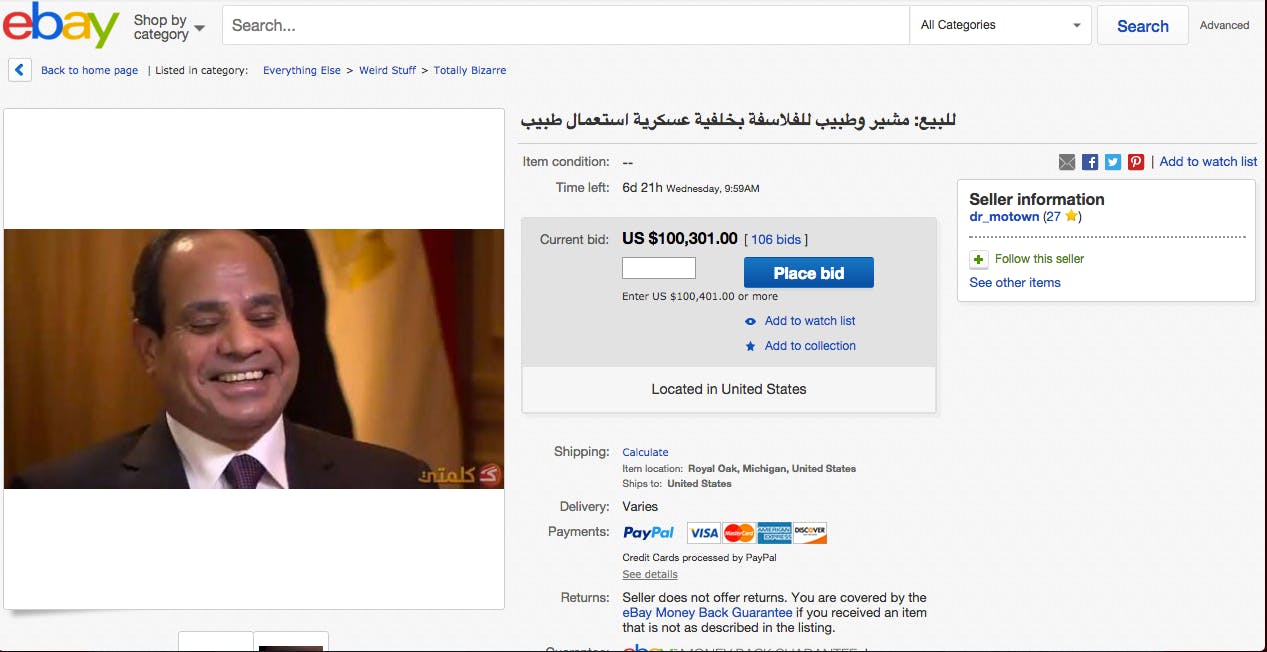 The good people of Egypt—or at least some of the more capitalistically minded ones—put Abdel Fattah el-Sisi, their president since June 2014, for sale on eBay this week. The bidding topped out at more than $100,000, though the post has since gone dark.

Sisi, formerly the chief of the Egyptian military, rose to power after ousting his former boss President Mohamed Morsi during the wave of protest that occurred in Egypt three years ago.

Many have called into question the legitimacy of the election that followed. Most political groups boycotted the election, and Sisi, who ran against only one other opponent, came away with 97 percent of the vote.

But in an attempt to solve their nation’s economic woes, some citizen, or citizens, decided that Sisi needs to go.

According to the eBay listing, the president is totally OK with this.

Hey world, We decided to sell the infamous Egyptian field Marshal and military coup leader Mr Abdel Fatah El Sisi on ebay to bail out the Egyptian economy so you don’t have to..
The field marshal himself stated that if selling himself will help, he will not hesitate to do it. So, we are doing it for him, for us and for the humanity.Please, bid now to help Egypt gain its political and economic Independence.
And hey, maybe you can follow and sell ur sell-out leaders on ebay like us. You will not regret it!

The post also listed the item’s condition as: “used by the previous owners (Gulf royal families) Free shipping worl[d]wide You have to bid. Item has no value so we rely on bidding for pricing”

A lemon if ever there was one.