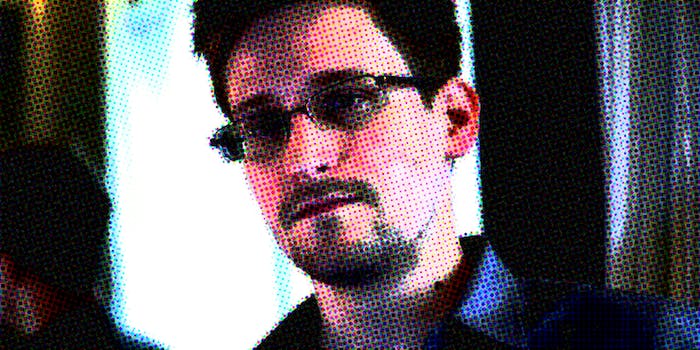 Whistleblower Edward Snowden hadn’t even finished giving his AMA-style Guardian interview before he became a meme.

Snowden is the 29-year-old who quit his cushy government job to flee the country and leak evidence of a massive NSA Internet spying program called PRISM. His personal life is quickly elevating him to mythic status. He’s a high school dropout who left a dancer girlfriend, a home in Hawaii, and a $122,000 salary to fly to Hong Kong and tell the world about government snooping.

Some Twitter users had already actually starting sharing photos of Snowden with that telltale Impact font.

#Snowden saw something, and said something… #NSA pic.twitter.com/UTmFizdHwP

But the real magic started when Snowden gave an answer to allegations that he’d gone to Hong Kong because he’d become a spy for China: “if I were a Chinese spy, why wouldn’t I have flown directly into Beijing? I could be living in a palace petting a phoenix by now.”