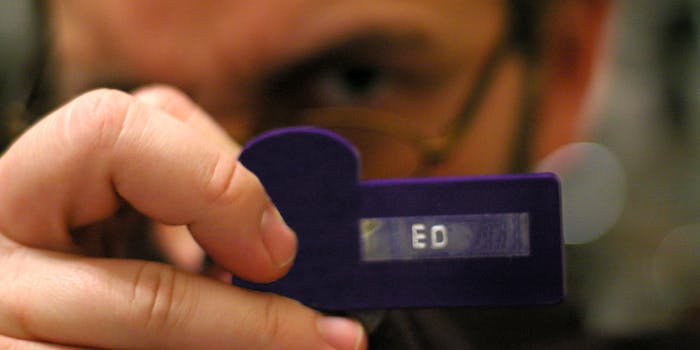 The NSA whistleblower is settling in.

Edward Snowden has reportedly taken a tech support job at a Russian website.

The Russian news organization RIA Novosti reported Thursday that Snowden’s lawyer there,  Anatoly Kucherena, said that the former National Security Agency contractor had been hired at a major Russian website. Kucherena refused to give the name of the site “for security reasons.”

Snowden has been in Russia since June, when the United States declared him a fugitive and revoked his passport for leaking agency documents to the press. Russia gave him asylum on July 12, which will be renewable after one year.

Kucherena has previously said that Snowden was trying to acclimate to regular life in Russia, and that getting a job would be a natural part of that.

It’s easy to speculate that Snowden was hired at VK, Russia’s equivalent of Facebook. In August, VK founder Pavel Durov famously offered Snowden a job on his profile wall, though it’s not fully clear how earnest the offer was. Pavel himself didn’t offer any clues on his site; he last updated his wall Sunday.

An RIA Novosti affiliate reached out to a number of major Russian sites to ask if they’d hired Snowden. Most, including Yandex and Mail.Ru, said no. A VK spokesman refused to confirm or deny, but said he wouldn’t rule out the possibility.

Either way, Snowden is slated to start work on Nov. 1. It’s believed to be his first employment since June 10, the date NSA contracting firm Booz Allen says it “terminated” him for violating company ethics and policy, weeks after he’d left for Hong Kong with the documents.