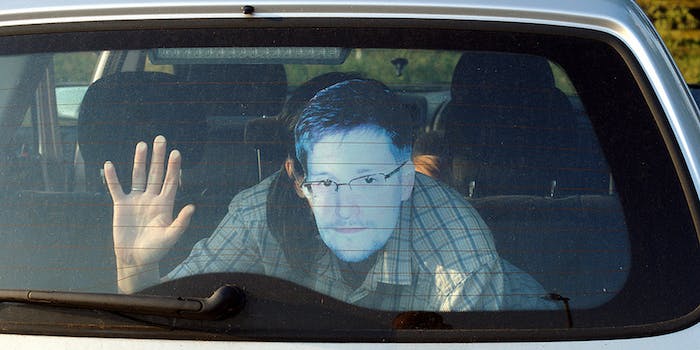 Ed Snowden talks to his dad online, against lawyer’s advice

Despite receiving legal advice to the contrary, NSA whistleblower Edward Snowden has spoken directly to his father for the first time since he left Hawai’i for Hong Kong in May. They talked over the Internet via encrypted chat.

Snowden’s Russian lawyer, Anatoly Kucherena, told Russian news agencies yesterday that the communications between Snowden and his father Lonnie took place against legal counsel and that he advised them to refrain from doing so again, even on encrypted channels.

“I understand the feelings of Edward and his father. It appears that they have turned out to be more powerful than the concern for safety,” Kucherena told Interfax news agency, according to RT. “But I would recommend that they won’t get in touch via the Internet anymore and wait until meeting in person.”

Previous communication was carried through Kucherena.

The elder Snowden, who initiated the contact, is planning to visit his son in Moscow soon. Kucherena is working with Lonnie Snowden’s American lawyer to arrange a meeting between father and son in Moscow, where Edward Snowden has been given temporary asylum.