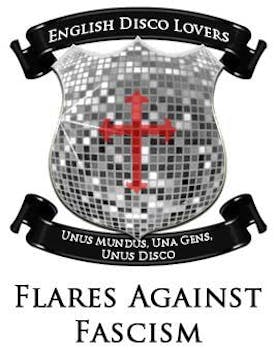 The English Defence League, which has regularly made headlines in the U.K. for its Islamophobic protests and allegedly racist sentiments, is often subject to criticism from human rights organisations and anti-racism campaigns. Its newest opponents, however, have gone for a rather different technique than organising a counter-protest or writing to their local member of parliament.

In a move inspired by Dan Savage’s Spreading Santorum campaign, the English Disco Lovers have set up a site designed to “Googlebomb” the term “EDL,” taking the top result for the acronym away from the racist group. Written in the style of a genuine political manifesto, their “Disco Statement” begins with their motto: “Unus mundus, unus gens, unus disco (One world, one race, one disco).”

In a statement to the Daily Dot, the English Disco Lovers said:

“We all come from activist backgrounds and have been around and involved in protests/campaigns from a young age. We joked about reclaiming the “EDL” acronym and putting it to better use… The campaign has been incredibly successful and has made it clear that humour is one of the greatest weapons against hate.”

Beginning as a one-off joke in September 2013, the English Disco Lovers’ Facebook page has now overtaken the English Defence League’s own page in Facebook Likes, inspiring image memes like this to go viral among their 23,000 followers: 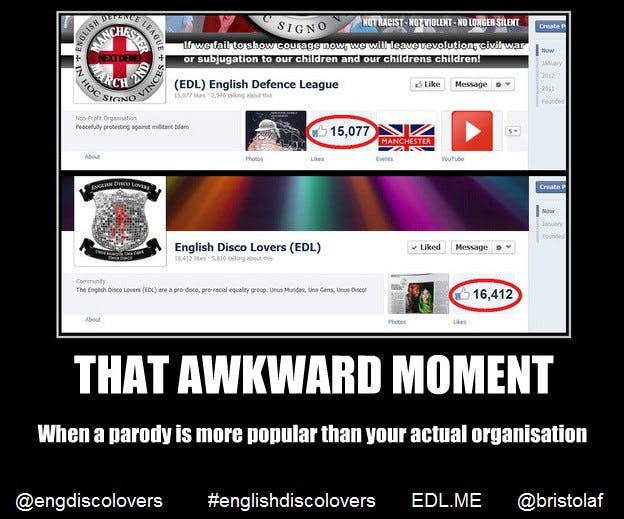 As for the Googlebomb plan, the Disco Lovers are slowly creeping up towards first place in the search results for “EDL”, with the second hit now being a Guardian article highlighting the anti-racist history of disco: 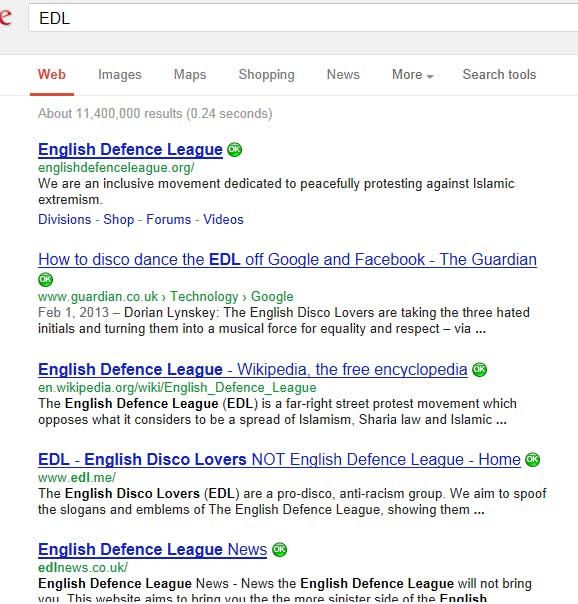