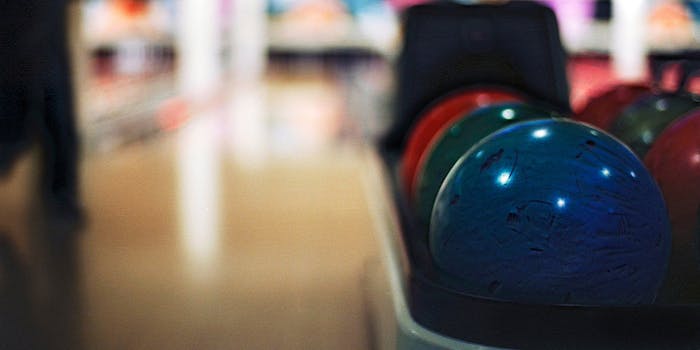 Sorry Twitter, #Ebowla isn’t as funny as you think it is

It’s been said that humor is the best defense mechanism against fear. On Thursday night, that dictrum was put to the test on Twitter, after New York City mayor Bill de Blasio and city, state, and federal health officials convened a press conference to announce that Dr. Craig Spencer had tested positive for Ebola.

After de Blasio reported that Spencer had taken an Uber and gone bowling at a Williamsburg bowling alley before checking into the hospital on Thursday, the wisecracks started rolling in. Many remarked that Spencer hadn’t contracted Ebola but rather had come down with a bad case of #Ebowla:

He got Ebola while Bowling? New sport: Ebowla. I’m not proud of myself.

Jason Biggs, whose past tweets have landed him in seriously hot water, also got in on the act:

The NYC Ebola patient went bowling last night. Guarantee he did it intentionally for the twitter puns. #Ebowla #EBowling

Because of the speed at which social media moves, most people could be forgiven for thinking their #Ebowla jokes were original. Sadly, they were not. The hashtag has been tweeted 1,104 times in the last week (including by some incredibly prescient individuals who made #Ebowla jokes prior to the Thursday night press conference).

Fortunately—or unfortunately, depending on how you feel about Ebola Twitter and social media as a conduit for black humor—there has already been a backlash to the jokes, with Charlotte Alter of Time writing an impassioned op-ed criticizing the meme.

“One could argue that this was a group-think defense mechanism to distract ourselves from the horror of Ebola’s presence in America’s most populous city,” Alter wrote. “But somewhere along the line, the tone changed. It stopped being about bowling and started being about Spencer and his character.”

It would probably be best if, out of respect for Spencer and his family (who must be absolutely terrified right now), everyone stopped making #Ebowla jokes on Twitter. They’re not that funny, and no one is #Ebowl-ed over by them.

Photo via invernodreaming/Flickr (CC BY ND 2.0)