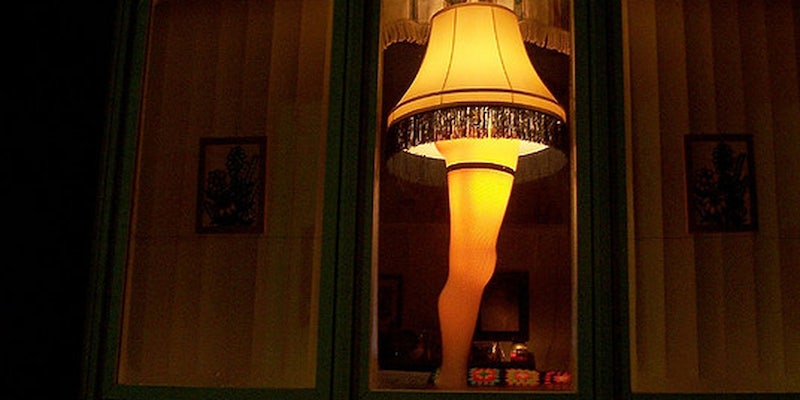 But Leo Bonten is not the type to take things sitting down.

When Leo Bonten had to have his leg amputated due to a bacterial infection resulting from a broken bone, he did what any of us would have—asked the hospital to let him keep it so he could turn it into a floor lamp. After some tricky negotiations, they consented.

Seeking to ameliorate his financial distress, Bonten then put the curiosity—lovingly designed by forensic pathologist William Schaper Kotter—up for sale on eBay. The asking price? A cool €100,000 (about $128,000). “I would rather keep him, but I need the money,” Bonten told the Dutch media. 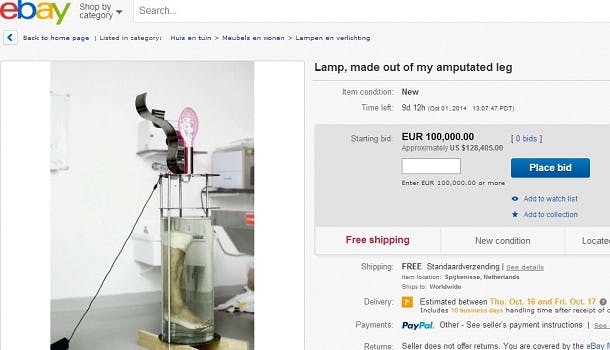 We don’t allow humans, the human body, or any human body parts or products to be listed on eBay, with two exceptions. Sellers can list items containing human scalp hair, and skulls and skeletons intended for medical use.

The post was accordingly deleted, though we’re sure Bonten will have more success in the untamed wilds of Craigslist.