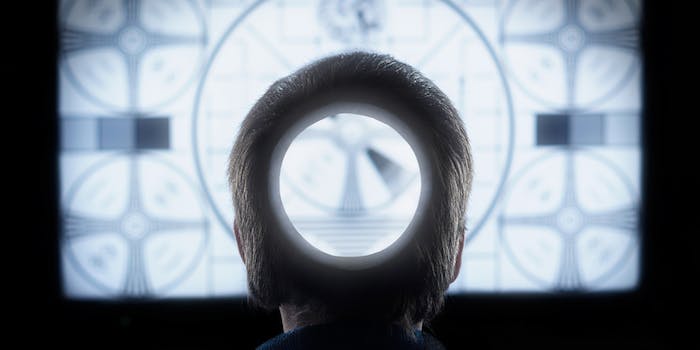 Why do we insist on claiming that Dylann Roof was mentally ill? In a recent segment on Fox News, the outlet blamed Roof’s actions on a “troubled past,” arguing that mental illness tends to be “swept under the rug” in these cases, but the exact true is opposite: We tend to use mental illness in place of a more troubling reality—Dylann Roof was a terrorist.

“We do have statistics showing that the vast majority of people who commit acts of violence do not have a diagnosis of mental illness,” writes Arthur Chu of Salon, “and, conversely, people who have mental illness are far more likely to be the victims of violence than the perpetrators.” Although we know very little about Roof, all existing information points to him being a militant racist who believed a high-profile act of violence would terrorize others into respecting his white supremacist agenda.

Of course, one could argue that it is inherently irrational to hold such a view, but that wouldn’t separate Roof from anyone else who would decide to “engage in the use of violent acts to frighten the people in an area as a way of trying to achieve a political goal.” This is also known as the definition of terrorism—a word that, strangely, is not being consistently applied to Roof and others like him.

By “others like him,” I’m referring to the long list of right-wing Caucasian males who have used violence to draw attention to their goals. Since the start of Barack Obama’s presidency, America has seen white supremacist James von Brunn shoot up the Holocaust Museum in Washington because he blamed his personal problems on Obama and the Jews, militant Christian Scott Roeder assassinate an abortion doctor (and threaten another one from prison) in Kansas, another white supremacist named Wade Michael Page massacre Sikh worshippers at a temple in Wisconsin, and a men’s rights activist named Elliot Rodger go on a shooting rampage at a college in California.

Between these four examples and Dylann Roof, we have a clear pattern of white men who dominate the news with violent rampages. However, we seem unwilling to draw the obvious conclusion—namely, that America has a domestic terrorism problem. Instead we have seen that, over and over and over and over and over again, pundits continue to scapegoat mental illness for America’s gun violence epidemic.

There are three problems with this.

The first is that it involves a glaring double-standard. Of all the Islamic terrorists who have made headlines—from the September 11th hijackers to the Boston Marathon bombers—the only one whose actions seemed to spark rampant speculation about his mental health was Nidal Malik Hasan, the Fort Hood shooter whose deeds were attributed to PTSD.

Hasan was born in Virginia, and when Americans assume that homegrown terrorists are simply suffering from mental illness, they are doing so in part to reinforce the idea that terrorism is an “Other” problem: one that exists within the hearts of hatemongers half a globe away, not right here in our own backyard. The last major domestic terrorist to be widely labelled as a coldblooded killer without claims of mental illness was Timothy McVeigh, better known as the Oklahoma City bomber. However, that was in 1995, before the election of Barack Obama and the doubling-down of this notion that America has moved past its baser hatreds.

This brings us to the second problem with attributing domestic terrorism to mental illness. When we reflexively search for indications that domestic perpetrators of terrorist violence were somehow not of sound mind, we distance ourselves from the true meaning of their actions. By arguing that, for instance, Dylann Roof was simply a “crazy person,” we make it possible to ignore the fact that hate groups have exploded in number since Obama took office.

Similarly, it allows us to ignore the sickening rise of men’s rights activism online or the persistence of prejudices against religious minorities like Jews and Sikhs. The implication is that violent prejudices are only ingrained in the fabric of other societies; we simply cannot assume that those same elements of prejudice lurk within ourselves.

The final issue is that blaming Roof’s actions on mental illness—particularly when no solid evidence of such actually exists—stigmatizes those who struggle with mental health issues in this country. As the American Psychological Association reported, “In a study of crimes committed by people with serious mental disorders, only 7.5 percent were directly related to symptoms of mental illness.”

When the Internet joins the mainstream media in assuming that mental illness is a legitimate go-to explanation for incidents like the Charleston shooting, it perpetuates the assumption that we should be afraid of those who struggle with mental health problems. Ironically, instead of learning from racial violence, we simply reinforce a different type of prejudice.

Make no mistake about it: Dylann Roof is a terrorist, just like James von Brunn, Nidal Malik Hasan, Scott Roeder, Wade Michael Page, and Elliot Rodger before him. All of these men used violence to make a statement about their various extreme worldviews. Roof, von Brunn, and Page did so for the cause of white supremacism; Roeder for a militant Christian worldview; and Rodger out of misogyny, but all of them killed innocent men and women.

If we are to effectively address the problem of violent hate in America, we must first acknowledge that we are a society which has produced a series of high-profile terrorists within the last few years. Ignoring the problem won’t make it go away. It will only guarantee that it gets worse.

Photo via Mattys Flicks/Flickr (CC BY 2.0)