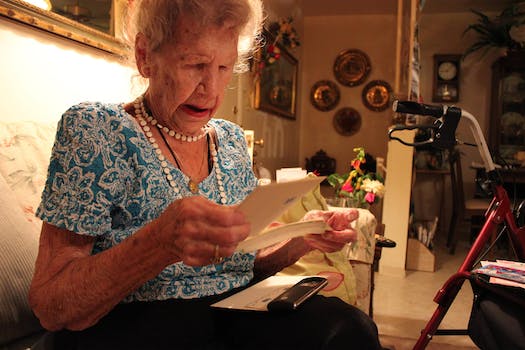 Halina, 92, is dying from cancer and doesn’t really understand the Internet. But after receiving hundreds of cards and well wishes from Reddit, she’s got something to say about it: ‘I don’t know how it works, but I love it!”

That’s because Halina loves receiving cards in the mail. When her granddaughter, who goes by descarted on Reddit, found out Halina had been diagnosed with terminal cancer, she sent a her a mother’s day card. Halina called her up that night, almost in tears. “I got a voicemail from her,” descarted wrote on Reddit, “thanking me for it because she hardly gets cards anymore.”

That’s when descarted got the idea for a Reddit post. The site has showered people with cards and well wishes before. Why not give it a try?

After she posted on May 17, it didn’t take long for the cards to start pouring in—dozens in a matter of weeks. Soon enough, as descarted wrote in an update last night, one redditor had offered to pay her airfare so she could hand deliver the cards.

A couple of weeks after that I was on her doorstep, and I asked her to go outside and see if the other box I sent had been delivered. She opened the door a few minutes later, looked down to where a box would have been, then looked up to see me. I didn’t give her a heart attack, so that’s good, and we went inside to read cards and catch up the rest of the day, and the rest of the week.

She got chocolates from Poland, Pineapple Lumps from New Zealand, hand-knitted creations, handmade cards, and hellos from all around the world.

Halina grew up in Poland and married an American soldier after her work camp was liberated during World War Two. She moved to the U.S. and learned English. But after her husband died, she largely shut herself off from the rest of the world, descarted wrote on Reddit.

“My goal with all of this was to put a smile on her face and make her feel connected to the world at a time when time running out can make you feel pretty alone,” descarted wrote.

Check out descarted’s photo album and Halina’s “thank you” video below.