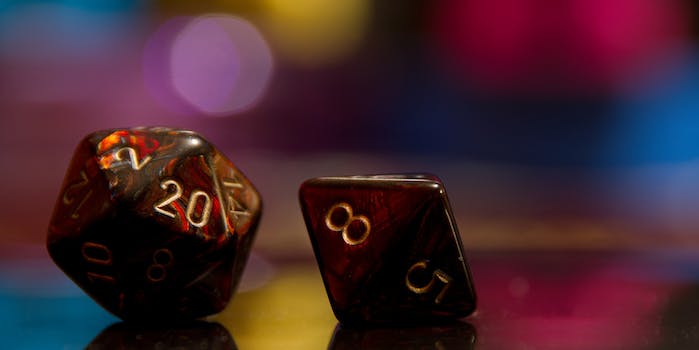 D&D provides some important lessons in how to stamp out Twitter trolls.

One of the core problems of Twitter with regards to trolling and bullying is that all users are created equal. While the various follow, filter, and block features allow you to craft the version of the Twitter feed that you want to see, it doesn’t stop someone from spreading misinformation about you, spreading actual information (doxxing), impersonating you, or otherwise causing trouble. When users are banned or blocked, it is easy enough for someone to create a new account, under a new pseudonym, and continue their harassment. Blocking IP addresses and requiring “real name registration” is not the solution, and we are left with the targets of the attacks often choosing to leave Twitter instead.

Ironically, given recent events, I believe traditional table-top role-playing games (RPGs) like Dungeons & Dragons offer some insight to a solution to the problem that Twitter and other users face. Game dynamics have often been used to predict outcomes of real-world events, and inversely they can be used to provide constructive frameworks for people to interact in complex ways. At this point, Twitter and Facebook as well have very rudimentary systems to deal with harassment and trolling, and instead need a great deal more complexity within their own systems for monitoring and managing as well as in the tools and capabilities users have to shape their feeds.

Here are some possibly unoriginal thoughts (I would love to hear about other online community systems who might have D&D inspired systems) about how to address that, and no, you won’t need a twenty-sided die or graph paper to implement them.

RPGs: When you roll a new character in D&D, you start at Level 0 with no weapons, armor, experience or gold. This means you better not piss anyone off, or your character’s life-span will be quite short. Mostly you stay in town, do basic jobs, and try to get some gold. The goal is to level up, add some points to various skills, and get some leather skins and a workable weapon.

Twitter: If your account falls under a certain threshold of followers or tweets, you should be considered a provisional user, and any @ tweet message you send mentioning another user should NOT be shown publicly or at least in the timeline of the targeted user. If any message you post is flagged a small amount of times, your account is instantly locked for review. You should be able to build some positive reputation by tweeting useful, interesting, unique content that others follow and retweet. Once you have shown yourself to be someone who is on Twitter to contribute constructively, you can graduate past the provisional phase.

RPGs: One quick way to improve the power and longevity of your character is to team up with other characters, join groups, guilds or armies. This way you can begin joining quests that you otherwise may not be equipped to survive. For example, if your raiding party contains a mage, you can benefit from healing spells while taking on that higher level basilisk you wouldn’t dare attack on your own.

Twitter: Getting put onto Twitter lists that have a strong percentage of users with many follows and high-quality tweets should reflect well on your account, and build resistance to being flagged or blocked. Anyone who places you on a list can endorse you as someone worth following. Yes, this allows for anyone of any viewpoint to build resitance and reputation, but the goal is to reward identity and community building, and deter harassment by disposable accounts.

RPGs: There is no clear right or wrong in RPGs, and in fact there are a whole range of acceptable alignments, from good to evil, lawful to chaotic, with a variety of interesting combinations. This is all part of how the game works, and everyone plays their roles. That said, if you are a chaotic evil thief, don’t expect the a holy citadel full of lawful clerics to give you shelter.

Twitter: Who you follow, what you retweet, what you say, and the topics you discuss, all should have an impact on the perception of what kind of user of Twitter you are. There is nothing necessarily right or wrong on Twitter, and there shouldn’t be blanket censorship or bans, but your behavior on Twitter should allow others to avoid or block you en masse, and not just at the account level.

RPGs: Warrior, mage, thief, cleric, ranger, paladin, when you choose the type of character you wish to be, you say something about who you are, what you bring to the game, and what type of activities you want to participate in.

Each class has certain skills and capabilities, not everyone can do everything, and this builds useful dependencies between people that require trust building and negotiation. If you are a warrior entering a dungeon, you better have a cleric with you who can heal, a mage that can open spell-bound chests, and a thief that can detect traps. Any quest requires this type of cooperation.

Twitter: Twitter provides a very limited, free form manner in which to indicate who you are and what you have to bring to the table. Your short bio, followers, “Follow Friday” tweets, and hashtags all provide a limited mechanism for indicating your expertise and otherwise. People decide whether to listen or ignore on the basis of what you tweet. Twitter would be greatly enhanced if you could more strongly indicate your alliances and affiliations, your background and your skill, that qualifies you to discuss a topic or provide insight. Tweets might show a special power-up symbol if you are tweeting about a topic you have been indicated as an expert in, through, for example a Google trail or linked history strongly supporting your authority.

RPGs: The strength or weakness of any attribute in your character plays a huge role in your value to a quest, guild, or party. You don’t need to have huge numbers for all of them, but if you are a thief with great dexterity and speed, then you will be in great demand. Similarly, a warrior with excellent strength but low intelligence and wisdom should be treated like the hulk they are, and a mage, a chaotic-nuetral one at that, with high intelligence and charisma perhaps should not be trusted at self-serving junctures. All of these factors contribute to interaction with everyone else in the game, and the success of your character in the realm.

Twitter: Twitter has metrics like follows, following, tweets, re-tweets, time since you joined, and perhaps a few other hidden ones as well. There are data behind your account that could be used to better indicate to others whether they should follow, interact or spend any time at all with you. If you follow relatively few people in ratio to who you follows you, then it is likely that your tweets are one-sided and you aren’t that interest in listening. If you joined a long time ago, and have highly re-tweeted tweets posted now and then, then you have good things to say, but tend to keep to yourself. All of these data could be summed up in a manner that helps people and/or Twitter decide how visible your tweets are and how much benefit of the doubt you are given when others start to flag or block your account.

I first played Dungeons & Dragons when I was about six years old. These gaming concepts are not new, and the larger notion of game mechanics and dynamics is a huge field of study way beyond my own comprehension. However, it seems the design teams behind Twitter, Facebook and other sites have implemented the minimuml viable systems for managing users, and then left all the rest of it up to chance or binary choices. Facebook, in particular, has a bad history of allowing groups of people to team up to flag users unfairly and unjustly, as well as leaving decisions about users and acceptable content up to an army of editors who decide on issues like nudity without any familiarity with the users or communities they regulate.

More to the point of this post, Twitter is facing a huge reputation problem itself, as it is becoming literally overrun with trolls, not to mention orcs, goblings, and kobolds. Users and botnets are already gaming the system for their own advantages and ends, be it financial, political, cultural or purely for amusement. Why not make the rules of the game more complex and more tuned for a better experience for all? Otherwise, no amount of spells for fire or healing will be able to fight off evil or heal these services in the long run.

This article originally appeared on Medium and was reprinted with permission.

Photo via Scott Swigart/Flickr (CC BY 2.0)