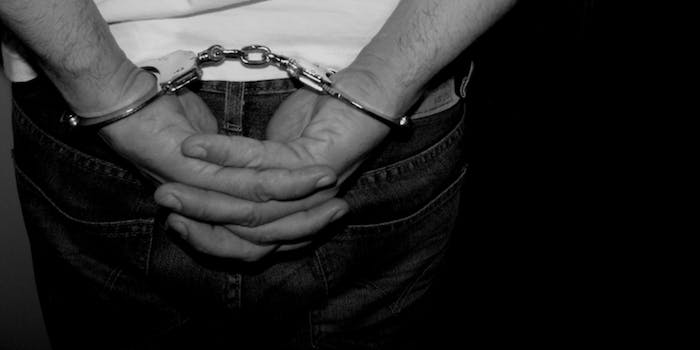 Pennsylvanian Anthony Lescowitch, 35, was arrested Monday night after posting his own “Wanted” poster to Facebook and mocking police efforts to find him. He even shared the Freeland PD’s Facebook status about himself to his own page.

Lescowitch was wanted on charges of aggravated assault, reckless endangerment, and disorderly conduct because of an incident on July 14. It took only minutes for officers to realize the man they were looking for had seen their post, shared it, and added his own arrogant commentary.

On Facebook, a Freeland police officer saw Lescowitch’s share and impersonated an attractive woman to lure him to meet up. He was arrested when he arrived.

In response, the department gleefully posted, “CAPTURED!!!!!! SHARES OUR STATUS ON FACEBOOK ABOUT HIMSELF, CAPTURED 45 MINUTES LATER.” 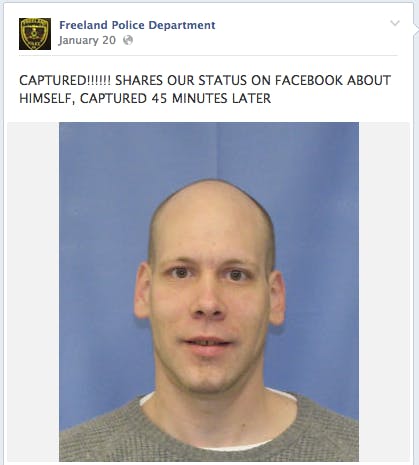 By the next day, the story had gone viral, proving to criminals everywhere that maybe they should stay off social media while on the lam.