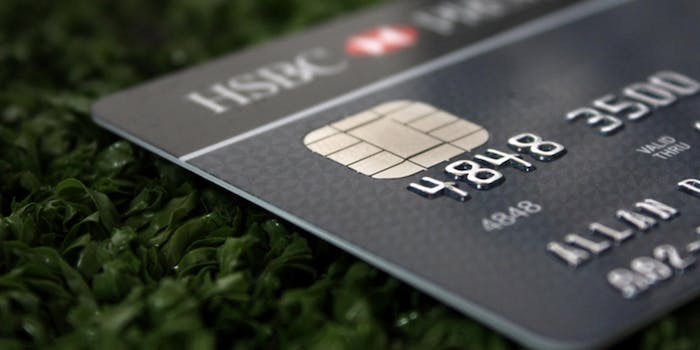 Some people still don’t understand that Twitter is a public platform and that you should never, ever put certain information on there. One of them is Liam, who tweeted at HSBC with all of his debit card information. 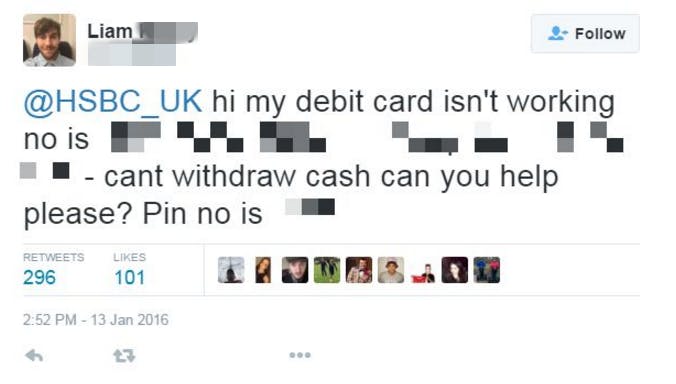 Inevitably, the guy’s mistake went viral, and people allegedly used his information, leading to at least 12 pending transactions on his card (considering there were over 600 retweets of that tweet that had his information, he could’ve been way worse off).

There’s a better-than-even chance that Liam is just trolling the bank. Sure, there’s an exchange between Liam and the HSBC account, which makes the entire ordeal seem real. Still, it would be a whole new level of stupid.

If this wasn’t some prank, social experiment, or performance art designed to garner retweets—and the fact that his original tweet is still up suggests it was—we hope Liam got everything taken care of. But dude, come on.

Photo via Allan Donque/Flickr (CC BY 2.0)