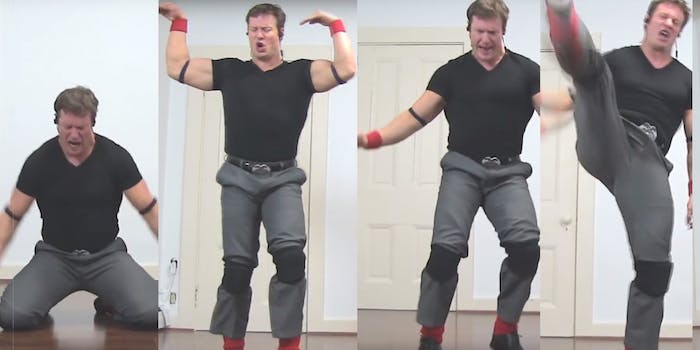 The heart of a champion.

Katy Perry is known for her powerful pop anthems. You know them very well. They’re the songs you hear drunk girls singing on any given weekend. The songs you hear on the radio 24/7, in between Drake and Rihanna songs. The songs that inspire you when the last thing you want to be is inspired by a Katy Perry song.

Katy’s latest song of empowerment is the official 2016 Olympics theme, “Rise.” With lyrics like “I won’t just conform, no matter how you shake my core” and “Oh, ye of so little faith, don’t doubt it,” you’ll catch yourself embarrassingly singing this at the top of your lungs when you feel like all hope is lost. Besides its obvious digs at Taylor Swift (“When you think the final nail is in, think again”), “Rise” is a song of perseverance when everyone wants to see you fail.

This talented human specimen goes by the name of Ben Ryan Metzger, and Katy Perry wishes she could execute her song as perfectly as he does. He is a singer. He is a songwriter. He is a dancer. He is an actor. All of this and more is addressed on his personal website. 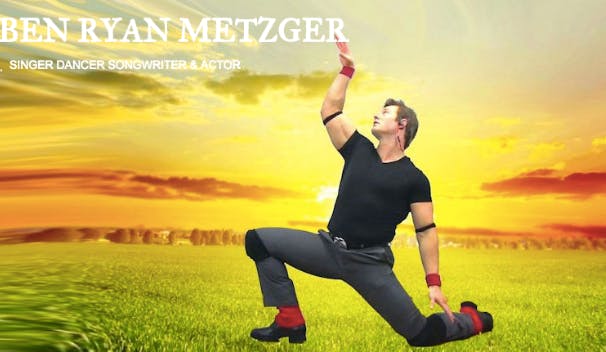 But just look at those kicks. Look at those jumps. Observe the crazy footwork. Watch as he attempts to sing along while working hard to execute spins. Appreciate that he has the audacity to wear knee pads over business slacks. This video has more than 200,000 views and no comments. Actually, it has one comment:

When you’re as talented as Ben Ryan Metzger, commenting on your own videos is just part of the show.