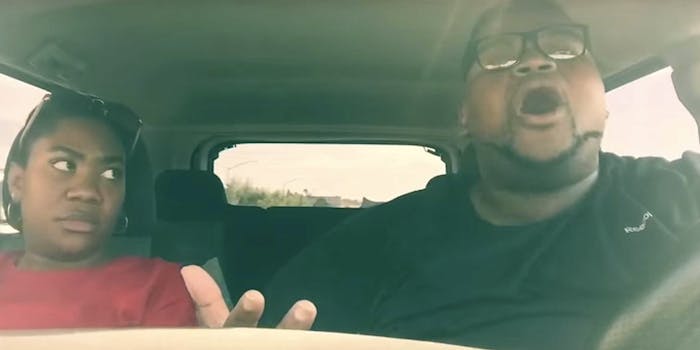 There's murder in her eyes.

Siblings who live to annoy each other know there is no finer opportunity for friction than the prolonged car ride. The close quarters, the monotony, and the endless battles over air conditioning settings routinely bring brothers and sisters to their boiling point.

Add some shameless lip-syncing to pop hits, though, and you’re really playing with fire. This dude didn’t let up for seven hours straight, and soon enough, his sister’s side-eye verged on murderous. From Alanis Morissette to Andrea Bocelli, there’s no lyric he can’t conquer.

Hope the ride back was just as fun.