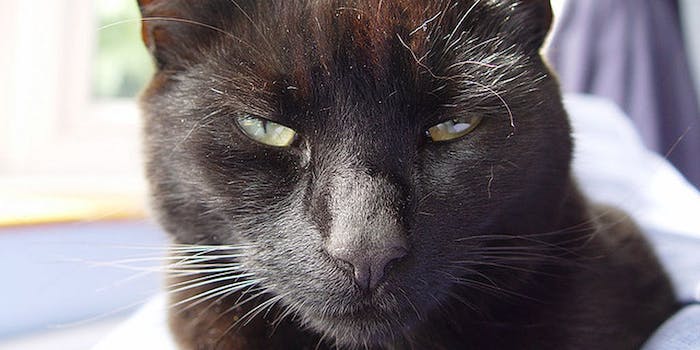 A classic what-did-I-do-last-night with a side of feline robbery.

Quite a few bad ideas end up on Craigslist. In the last couple weeks alone, there’s been a wealth of doozies. But sometimes, you take out a Craigslist ad because you got drunk and stole a cat.

A resident of Chico, Calif. explained this very situation in a Craigslist ad from Aug. 31, saying that, in a state of extreme intoxication, he picked up the black cat, thinking it was “just some random stray I was rescuing.” In the sober light of day, however, the catnapper remembered that the feline was still in the house, and that even though he claimed it was a stray, it had a collar and was named Django.

The thief also offered the important details: “Django is a very frisky black cat, he also has very sleepy eyes and appears to be stoned although I don’t think he is.”

“I have been feeding him cheese all morning and I really don’t want him to shit all over my apartment,” he added. 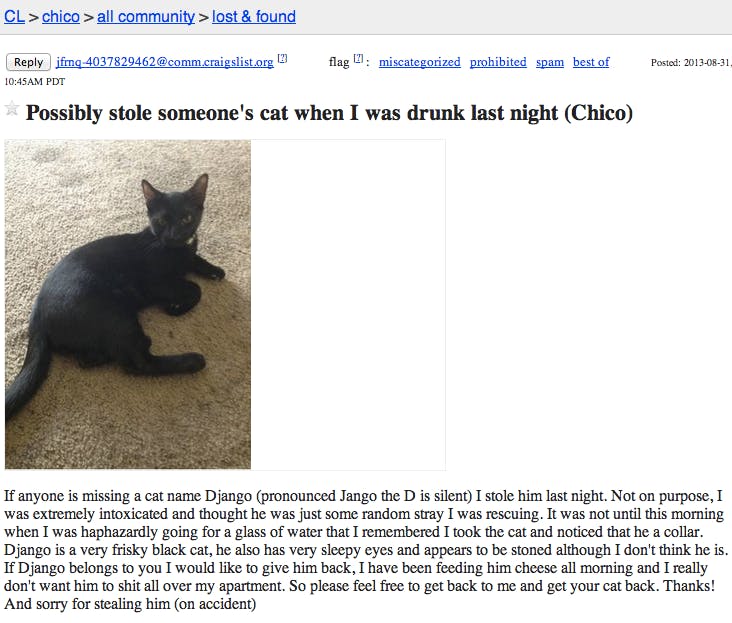 That was a week ago. No word on whether Django is now lactose intolerant, or if he was reunited with his rightful, hopefully sober owners.