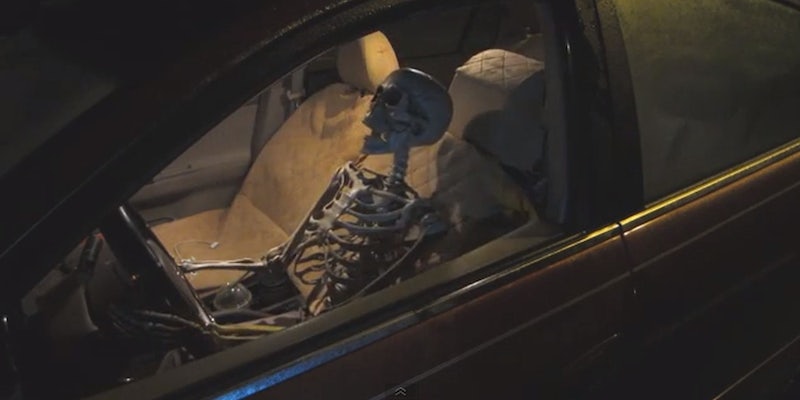 This drive-thru prank is like a haunted house on wheels

A skeleton pulls into a drive-thru…

Drive-thru gags are a staple of YouTube, but this skeleton prank might be the best one yet.

Utilizing a custom seat cover that conceals his position, Magic of Rahat—the YouTube magician behind “Drive Thru Zombie Headless Prank” and “Drive Thru Invisible Driver”—makes it appear as if his vehicle’s being driven by a full skeleton. It’s like a haunted house on wheels.

And the reactions from the late-night fast food workers are priceless. Most shriek, some try to Instagram the occasion with fumbling hands, and one woman just throws the bag in the car and hightails it.

My favorite has to be the unphased blonde at the 3:15 mark: “He does that to everybody. He’s on the Internet!”