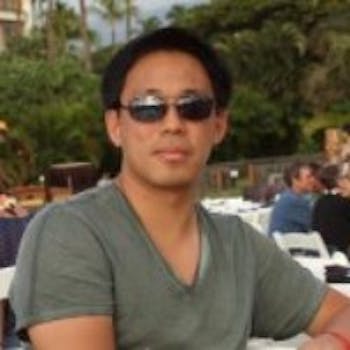 Despite Reddit CEO Yishan Wong's recent statement on violentacrez, many moderators feel the site should be doing more to protect users.

Reddit has finally broken its silence over the big Gawker exposé on violentacrez, the site’s most notorious troll.

In a memo posted yesterday to a private forum frequented by staff and top moderators, CEO Yishan Wong reaffirmed the site’s commitment to a near-absolute doctrine of free speech and admitted the ban on Gawker articles, spearheaded by Reddit’s volunteer moderators, “is not making Reddit look so good.”

Meanwhile the moderators, unhappy with Wong’s response, are proposing a week-long strike.

Wong, the former director of engineering at Facebook who became Reddit’s first CEO in March, had remained conspicuously silent over what many redditors are calling “doxtober.” The name comes from a convergence of separate events that have rocked Reddit this month and that are all united by one trend: revealing a redditor’s real identity, aka “doxing.”

That’s why so many forums on the site have banned Chen’s article: It revealed that violentacrez, the infamous troll who ran forums from r/jailbait to r/CreepShots, was actually Michael Brutsch, a 49-year-old computer programmer in Dallas, Texas.

Wong broke finally spoke about the whole affair at a private forum intended for Reddit’s top moderators and staff called r/ModTalk. Reddit’s moderators, a group of volunteers who run the vast majority of the site’s communities, are sincerely terrified about online witch hunts. They worry their pseudonymous activities on Reddit will be used as weapons to name and shame them in their offline lives. (Just today, another prominent moderator deleted his account.) They’re also worried about a free speech slippery slope—that Reddit will give in to external pressure and clean up its seedier side.

Wong’s post clearly intended to calm the waters among the site’s moderator class.

“We stand for free speech,” Wong wrote in the post, a screengrab of which was leaked to the forum r/ShitRedditSays and Gawker last night. “This means we are not going to ban distasteful subreddits.”

“We will not ban legal content even if we find it odious or if we personally condemn it. Not because that’s the law in the United States – because as many people have pointed out, privately-owned forums are under no obligation to uphold it – but because we believe in that ideal independently, and that’s what we want to promote on our platform. We are clarifying that now because in the past it wasn’t clear, and (to be honest) in the past we were not completely independent and there were other pressures acting on reddit. Now it’s just reddit, and we serve the community, we serve the ideals of free speech, and we hope to ultimately be a universal platform for human discourse (cat pictures are a form of discourse).”

There’s a caveat to Reddit’s two golden rules, however, Wong suggested. While the site will remain inflexible in its ban of sexualized content involving minors, there’s a new wrinkle in the ban on doxing. Wong admitted the site’s power to enforce the rule is limited to its own platform. You can’t arrest a guy in Mexico for a crime he committed in Texas. And that means the site needs to address personal information more flexibly.

Those of us who’ve been around are familiar with the reasons behind [the doxing rule], the destructive witchhunts in reddit’s past against both users and mods – even people who had no idea what ‘reddit’ was – prompted by suspicion and ire, and often ending with undeserved harassment, death threats, job loss, or worse for the affected individual. Even reddit’s favorite journalist Adrian Chen once wrote an article decrying the practice and mob mentality behind it (see: http://gawker.com/5751581/misguided-internet-vigilantes-attack-college-students-cancer-fundraiser).

But our ability to enforce policy ends at the edges of our platform. And one of the key functions of our platform is the sharing of content on the internet. I’m sure you see the problem.

So we must draw a line, and we’ve chosen to do the following:

1. We will ban doxxing posted to reddit.
2. We will ban links to pages elsewhere which are trivially or primarily intended for the purposes of doxxing (e.g. wikis or blogs primarily including dox).

Critically, that excludes works of journalism. Wong made clear he realizes a journalism ban is open for interpretation: Who decides what’s legitimate reporting, after all, and what’s trivial? And how you do you decide? The rule will necessarily need to develop flexibly over time, with Reddit’s admins defining it on a case-by-case basis.

We will not ban things which are legitimate investigative journalism. Free speech is expressed most powerful through the press, and many times throughout history a bad actor has been exposed by an enterprising (even muckraking) journalist, and it has been to the benefit of society. We include in this definition blog posts that a reasonable person would consider a piece of journalism that happens to include a link to #2 above.

Wong also hinted he disagreed with the ban on Gawker links, admitting it made the site look bad. Curiously, he didn’t bring up the fact that Reddit admins—and not just the moderators—briefly banned links to the Chen article before admitting they’d made a mistake.

The statement was hardly met with wide approval. Some moderators believe the site isn’t doing enough to protect the identity of its users. In another leaked chat from r/ModTalk, they’re proposing a week-long moderator strike.

“Show reddit.com what a moderator free Reddit is, and maybe they will come up with a more effective plan to keep us here,” squatly, a moderator on Reddit’s massively popular live-interview section, r/IAmA, wrote.