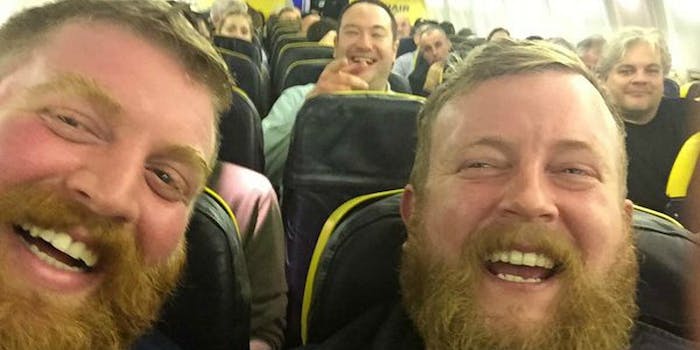 Dude finds his exact doppelgänger in his airplane seat

Who among us hasn’t wanted to meet their doppelgänger—either by chance on the street or while checking out produce in the grocery store or while eating Sunday morning brunch and trying to fight off a hangover?

Or, in the case of the ginger gentlemen below, on a plane. These two dudes who look exactly the same but aren’t related were traveling to the same place at the same time, and they didn’t even have to spend a month online trying to find the other. Check out how well they mirror the other.

Guy on right is the husband of my friend @elrottencrotch. Guy on left is a STRANGER he met on a flight last night! pic.twitter.com/kwBFOOEoMc

Lee Beattie told BuzzFeed that Neil Thomas Douglas, the man on the right, is a photographer who was flying from Glasgow to Galway in order to shoot a wedding.

“When he got on his Ryanair flight, there was a dude already on his seat,” Beattie said. “He asked him to move, and when the guy looked up, he thought: ‘Holy shit, he looks like me.’ They had a big laugh about it—everyone around them had a laugh, they took a selfie and that was it.”

They also happened to check into the same hotel, and later that night, they ended up in the same pub. So they drank a pint in solidarity, celebrating how their lives temporarily joined together (and how they’re now joined together forever on the Internet). 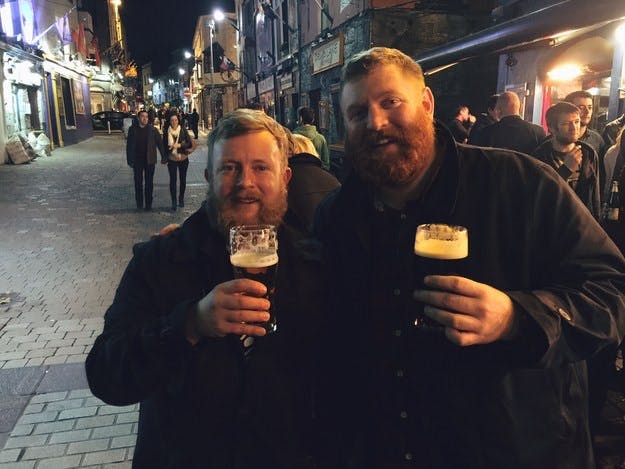 And then the freakin’ floodgates opened.

Oh my god, there's another one. https://t.co/D6LOYC4lYZ

I am now an agent for ginger bearded men. Not a complaint btw. https://t.co/cTRsX2K46q

All of which serves as a reminder: Your mother might have told you as a child that you were special. And maybe that’s true. But if you’re a dude with a big red beard and short, light hair that’s expertly styled, your mother quite possibly has lied to you.