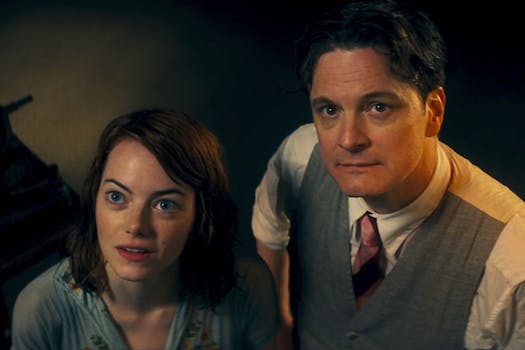 As a sometimes fan of his work, even I know it's probably not going to be very good.

Seeing a Woody Allen movie over the past 20 years is like playing baseball: You have to follow the odds. The prolific auteur behind Manhattan, Hannah and Her Sisters, and Annie Hall used to be dependably great, churning out classic after classic with the occasional misfire (September, Shadows and Fog). However, since 1997’s Deconstructing Harry, Allen has released 17 movies, and depending on your opinion, about six of them can arguably be considered good: Midnight in Paris, Vicky Cristina Barcelona, Match Point, Small Time Crooks, Sweet and Lowdown, and Blue Jasmine. That means he’s batting about .353, which would be great for Alex Rodriguez but terrible when movie tickets are $15 in the city A-Rod and Woody call home.

That might be the guy you want in your fantasy baseball league, but is it the one you want directing your TV show? According to Amazon, Woody Allen has signed on to direct his first television series for the budding Netflix competitor, which is running under the makeshift name of Untitled Woody Allen Project. Allen is just the latest celebrated director to seek out television: Fight Club’s David Fincher is behind Netflix’s House of Cards remake, Steven Soderbergh has The Knick on Cinemax, and Martin Scorsese brought Boardwalk Empire to HBO. Steve McQueen is following up 12 Years a Slave’s Best Picture win with his own HBO project. And Amazon frustratingly passed on indie auteur Whit Stillman’s promising first foray into TV, The Cosmopolitans.

In a statement, Amazon vice president Roy Price practically salivates over Amazon’s seeming good luck. “From Annie Hall to Blue Jasmine, Woody has been at the creative forefront of American cinema and we couldn’t be more excited to premiere his first TV series exclusively on Prime Instant Video next year,” Price said. Allen responded, “I don’t know how I got into this. I have no ideas and I’m not sure where to begin. My guess is that Roy Price will regret this.”

Allen is constantly working, not because he has anything new or urgent to say but because he gets bored when he’s not on a film set.

While it’s a remark characteristic of Woody Allen’s trademark self-deprecating humor, Allen may be right: Considering he already has a 2015 movie in the can (and given his track record, will have another one in the pipeline soon), doing a TV show only seems to enable many of his worst tendencies as a director. Allen is constantly working, not because he has anything new or urgent to say but because he gets bored when he’s not on a film set. This has led to a number of redundancies in his work—even in the good movies. 2005’s Match Point, considered by critics to be a return to form for the director after the awful Melinda and Melinda, was all but a remake of his own Crimes and Misdemeanors. It was C&M’s infidelity subplot played as a tense erotic thriller, this time with Scarlett Johansson in the Anjelica Huston role.

In Slate, Juliet Lapidos points out the extent of Allen’s self-plagiarism. According to Lapidos, he doesn’t just use the same actors and typeface in his titles—EF Windsor Light Condensed. “He also recycles character types: the neurotic Jewish New Yorker (the filmmaker’s spit and image), the adulterous intellectual, the hypochondriac intellectual,” Lapidos writes. “He recycles plot lines. He even recycles punch lines. In Celebrity (1998), a model says she’s ‘polymorphously perverse…meaning every part of my body gives me sexual pleasure.’ That should sound familiar: In Annie Hall (1977), Alvy tells Annie that she’s ‘polymorphously perverse … you get pleasure in every part of your body when I touch it.’”

Likewise, if Midnight in Paris sounded thematically familiar, there’s a reason for that. In Midnight in Paris, Owen Wilson’s Gil struggles with nostalgizing the past, the idea that if you lived among Paris’s Lost Generation or La Belle Époque, things would be better—or simpler somehow. These are the same ideas that Mia Farrow grappled with in The Purple Rose of Cairo; her character, Cecilia, seeks refuge in the comfort of the darkened theater as a way to live vicariously through the cinema. But when Jeff Daniels, who plays her favorite matinee idol, literally steps off the movie screen into the real world, in a bit of magical realism, it forces her to confront the fact that our fantasies may not live up to reality.

But according to Paste Magazine’s Tim Grierson, the problem is even bigger than mere redundancy: Allen’s been making the same movie his entire career. Grierson argues, “Woody Allen’s filmmaking career makes more sense if you think of it not as a collection of movies but, rather, one movie made over and over again, tinkered with and refined, abandoned and returned to.” According to Grierson, this was long to a boon to Woody Allen’s output; following his Oscar triumph for Annie Hall, the director was “backed by studios that would let him make his low-budget films without interference.” However, his recent bombs (Cassandra’s Dream, Curse of the Jade Scorpion) show the limitations of no accountability.

This lack of oversight is likely what drew Allen to Amazon. Transparent creator Jill Soloway (formerly of Six Feet Under and The United States of Tara) cited creative control as behind her main reasons for working with the company, as she got the kind of breathing room you can’t find on HBO, Showtime, or network TV. “At the networks there are people who believe they can make things better by changing the rhythm of a sentence, about a joke not being funny,” Soloway said. “They have 20 people involved in every page of the content. Now I just have Joe.” According to Soloway, Amazon’s philosophy was best summarized by a note left in Joe Lewis’ office, the head of the company’s comedy department: “More creative freedom equals better quality equals more audiences equals more money equals more creative freedom.”

Freedom doesn’t seem to be his issue. Woody Allen’s biggest enemy is himself.

But considering Woody Allen already has as close to complete creative control as he is going to get (how else could Whatever Works have gotten made?), freedom doesn’t seem to be his issue. Woody Allen’s biggest enemy is himself. Allen has a famous “sink-or-swim” directing method that’s entirely hands off; when casting Cate Blanchett for Blue Jasmine, Allen said, “You hire her and get out of the way.” But that’s largely true of all the actors Woody Allen works with. While filming Melinda and Melinda, Allen reportedly told Amanda Peet, “Can you do that again…but this time funnier?” Those aren’t exactly Stella Adler-level acting notes, and his style has a bad habit of hobbling otherwise good actors. Remember how embarrassingly bad Ellen Page was in To Rome With Love?

While the director got his start in television, as a writer for The Sid Caesar Show, that was a long time ago, before he became Europe’s favorite lazy hack.

While the director got his start in television, as a writer for The Sid Caesar Show, that was a long time ago, before he became Europe’s favorite lazy hack; the Woody Allen of today lacks not only the time for television, but also the discipline and rigor that it takes to launch one 10-episode season on Amazon, let alone several. If he goes the Transparent route—Soloway has said she plans to span five seasons—that would be 50 half-hour episodes total, or around 1,500 minutes of programming. If we’re following Allen’s current batting average, that means you can be expected to enjoy around 530 of those minutes, and how much you’re invested in the rest of those dwindling moments of your life is a matter of opinion—or will power. Even Scoop had its defenders.

As the most recent season of Arrested Development proved, complete creative control isn’t necessarily a good thing. The time constraints of network television forced series creator Mitchell Hurwitz’s scripts to stay tight and concise, in order to hit that magic 22-minute mark. On Netflix, the show’s breakneck rhythm felt off when Hurwitz was allowed to set his own pace. This is because not everything is meant to be an Internet show—especially if you’re a director who, more than yet another project, needs to take a break for a while and find himself again. You can hate Woody’s Amazon show because you’re Team Dylan Farrow, you don’t want to support an alleged child abuser, or you just think he’s the worst, but you should also turn your nose up at it for another reason: It’s probably going to suck. The numbers never lie.